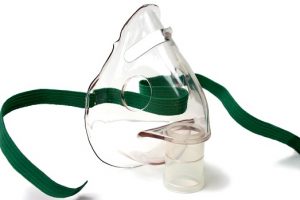 Exposure to BPA during pregnancy may reduce lung function and increase persistent wheezing in children, concludes a new study published in the journal JAMA Pediatrics.

Bisphenol A, or BPA, is a synthetic compound used to make certain plastics and epoxy resins. The addition of BPA results in plastic that is clear and durable. The chemical is found in common consumer goods such as baby and water bottles, sports equipment, and CDs and DVDs. Bisphenol A is also used as a coating inside many food and beverage cans, inside water pipes, and on thermal print receipts.

Previous studies have linked exposure to BPA during pregnancy to an increased risk liver tumors, cancer, and other health problems. A 2013 study concluded that BPA exposure may increase the risk of asthma among children.

The present study from researchers at the Penn State University Hershey Medical Center sought to examine the effect of BPA on lung function and wheezing in older children. Using a birth cohort study of 398 mother-infant pairs from the greater Cincinnati, Ohio area, the researchers collected maternal urine samples during pregnancy at 16 and 26 weeks and child urine samples annually to assess prenatal and childhood BPA exposure.

During the first five years of life, the children also underwent forced expiratory volume (FEV) testing to assess the respiratory status. The researchers then compared the results of the FEV testing to BPA exposure.

According to the study, lung function decreased among the children at age 4 as maternal urinary BPA concentration increased. For every 10-fold increase in maternal BPA level, lung function at age 4 decreased by 14.2 percent. The researchers did not find the same association by age 5.

The researchers did not find any association between childhood urinary BPA concentrations and an increased risk of decreased lung function or wheezing. In other words, exposure to BPA during pregnancy appears to reduce lung function among children through age 4.

However, because the results of the present study contrast with previous studies that have found a link between postnatal BPA exposure and lung problems, the researchers caution that additional research is needed to confirm the findings:

“Additional research is needed to clarify the contrasting findings in recent human studies. If future studies confirm that prenatal BPA exposure may be a risk factor for impaired respiratory health, it may offer another avenue to prevent the development of asthma.”

The present study does highlight the potential risks of exposure to BPA.

Bisphenol A Exposure and the Development of Wheeze and Lung Function in Children Through Age 5 Years: http://archpedi.jamanetwork.com/article.aspx?articleid=1913573
Prenatal BPA Exposure Could Reduce Children’s Lung Functioning: http://www.medicalnewstoday.com/articles/283517.php