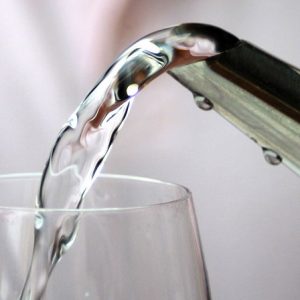 Consuming drinking water contaminated with tetrachloroethylene (PCE) during pregnancy may increase the risk of pregnancy complications such as stillbirth and placental abruption, concludes a new study published in the journal Environmental Health.

For the present study, lead researcher Ann Aschengrau, professor of epidemiology at the Boston University School of Public Health, and her research team compared 1,091 pregnancies exposed to PCE prenatally and 1,019 unexposed pregnancies among a total of 1,766 women in Cape Cod, Massachusetts. The water supply in the area became contaminated in the late 1960s to the early 1980s by the installation of vinyl-lined asbestos cement pipes.

Comments Aschengrau, “We need to have a better understanding of the impact of this common drinking water contaminant on all aspects of pregnancy.”

The study did not find any link between prenatal PCE exposure and preeclampsia or newborns born small-for-gestational-age.

Add the researchers, “Our results suggest that prenatal PCE exposure is not associated with all obstetric complications, but may increase the risk of certain ones, including stillbirth and placental abruption.”

In other words, exposure to tetrachloroethylene during pregnancy can increase the risk of certain pregnancy complications.