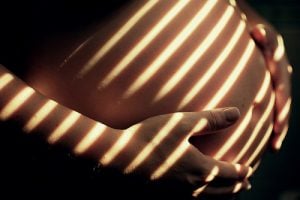 Exposure to fire retardants and phthalates during pregnancy may increase the risk of autistic-like behaviors among children, concludes a new study to be presented Thursday at the annual meeting of the Endocrine Society in San Diego.

Autism is a developmental disorder that manifests during the first three years of life. The disorder is characterized by impaired social interaction and verbal and non-verbal communication and by restricted, repetitive, or stereotyped behavior. Autism currently affects one in 68 children in the United States. Boys are almost five times more likely to suffer from the disorder than girls.

Says lead author Stephanie Degroote, MSc, a PhD student at the University of Sherbrooke in Sherbrooke, Quebec, Canada, “Our research points to potentially preventable causes of autism, which remains a diagnosis with enormous social costs and limited solutions.”

Both phthalates and brominated fire retardants are chemicals that are known endocrine disruptors, substances that can impair processes controlled by hormones. Previous research has suggested that prenatal exposure to both chemicals may affect mental and motor development and provoke attention deficit. Because the chemicals are both present in the average home as are common additives in many household plastic products and as flame retardants on most furniture foam cushions, pregnant women are likely exposed to both chemicals simultaneously.

For the present study funded from the Foundation of Stars in Montreal and from the Center of Excellence in Mother-Child Research at the University of Sherbrooke (Centre d’excellence de l’Université de Sherbrooke en recherche mére-enfant), the researchers investigated the combined effects of phthalate chemicals and brominated fire retardants on the developing brain in mammals.

Using a rodent model, the researchers divided rat pups into three groups: (1) 28 pups whose pregnant mothers received low doses by tube feeding of a mixture of various phthalates and brominated flame retardants, (2) 20 unexposed pups and (3) 18 pups given valproic acid, a drug that induces autism in humans and autistic-like behavior in rats.

“Our research finds that the developing brain is extremely sensitive to chemical additives found in our daily environment, and these chemical can contribute to the development of autism. The good news is that these exposures are avoidable, contrary to genetic risk factors, which are almost always not modifiable.”

A study from last year found that synthetic chemicals including phthalates in food packaging and storage containers can potentially leak into food, potentially posing a long-term harm to human health.