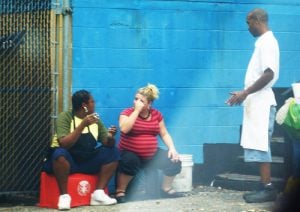 Smoking is a well-known risk for many health problems such as lung disease, heart disease, stroke, and cancer, and the increased health risks associated with smoking during pregnancy for babies are well-documented. Now a new study published in the Journal of Developmental Origins of Health and Disease finds that children exposed to tobacco smoke prenatally have an increased risk of developing diabetes later in life.

For the present study, researchers from the University of California, Davis and the Berkeley nonprofit Public Health Institute sought identify whether parental tobacco smoking during gestation was associated with risk of diabetes mellitus.

The researchers analyzed data from 1,800 daughters of women who had participated in the Child Health and Development Studies, an ongoing project of the Public Health Institute, between 1959 and 1967 in the San Francisco Bay Area. The daughters in the present study ranged between 44 and 54 years old. The original study focused on breast cancer risk, which explains the exclusions of sons.

According to the study, daughters of mothers who smoked during pregnancy were two to three times more likely to develop diabetes as adults. Daughters whose fathers smoked, exposing the daughters to secondhand smoke prenatally, also had an increased risk of diabetes later in life. However, additional research is needed to establish the extent of the effects of paternal smoking on diabetes risk among offspring.

The increased risk remained even after taking the weight of the daughters, another risk factor for diabetes, into consideration.

Comments lead author Michele La Merrill, an assistant professor of environmental toxicology at UC Davis, “Our findings are consistent with the idea that gestational environmental chemical exposures can contribute to the development of health and disease.”

Adds La Merrill, “We found that smoking of parents is by itself a risk factor for diabetes, independent of obesity or birth weight. If a parent smokes, you’re not protected from diabetes just because you’re lean.”

Another recent study found that mothers who take excessive amounts of folic acid while pregnant may increase the risk of diabetes and obesity later in life among their daughters.