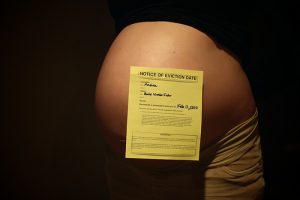 Labor induction is a procedure used to stimulate uterine contractions during pregnancy before labor begins naturally. Inducing labor comes with both risks and benefits to both mothers and babies. Now a new Danish study published in the BJOG: An International Journal of Obstetrics and Gynaecology suggests that proactive labor induction can improve perinatal outcomes among full term pregnancies.

One danger of labor induction is inducing before 37 weeks, which results in a premature birth. Even with an ultrasound, an estimated due date can be off by as much as two weeks. The March of Dimes recommends delaying induction until at least 39 weeks when possible except for medical reasons. Babies born prematurely often have more health problems at birth and later in life than babies born later.

For the present study, researchers in Denmark sought to assess the changes in perinatal outcomes in children born from 37 weeks of gestation after implementation of a more proactive labor induction practice from 2009.

Using a register-based cohort study, the researchers analyzed data on all births in Denmark from 2000 to 2012 from the Danish National Health Register and the Medical Birth Register. The study encompassed data on a total of 832,935 children born during the thirteen year study period. Of the total children, 770,096 were born after 37 gestational weeks. Of the 770,096 children in the study group, 13.5 percent were born after labor induction, 78.1 percent after planned vaginal delivery, and 8.4 percent after elective caesarean section.

However, the risk of shoulder dystocia increased by 32 percent.

When the researchers accounted for risk factors such as smoking, increased maternal age, first-time motherhood, multiple pregnancies, and a higher body mass index, the results changed only minimally. Risk factors can also include medical malpractice, although this is a tragic and unfortunate issue. You can visit Lawtx.com to find out more about what you can do if this becomes an issue.

Comments co-author Professor Ojvind Lidegaard from the University of Copenhagen:

“Our results therefore suggest an overall improvement in perinatal outcomes following a national change towards a proactive management of post-term pregnancy through labour induction.”

“One quarter of Danish women pregnant beyond 37 weeks now experience labour induction. Labour induction is a simple intervention, but demands a closer surveillance during labour and hospital settings must be able to support such changes.

“These findings require further education and scrutiny before being implemented in other nations.”

The results of the study suggest an overall improvement in perinatal outcomes as a result of a more proactive post-term labor induction practice. However, the researchers caution that the findings must be examined carefully before implementing national initiatives elsewhere.