Connect
To Top
InformationMay 17, 2013 This post may contain affiliate links 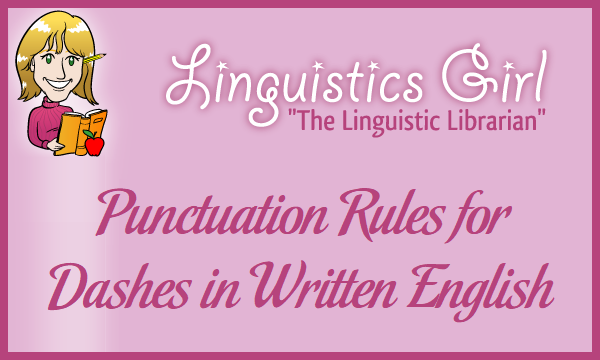 Punctuation marks are a written convention that make reading and writing more understandable for readers and writers by ensuring the clarity of written language. There are four rules for using dashes as punctuation marks in written American English:

The following sections explain and provide examples of the punctuation rules for dashes in written English. Note that a dash may be written as a dash (—) or three hyphens (—). 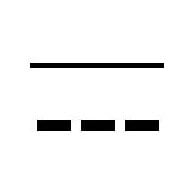 Use a set of dashes to separate an appositive that contains commas or both commas and semicolons from the rest of the sentence. For example:

Do not use dashes to separate appositives that do not contain commas or commas and semicolons.

Use a set of dashes to enclose an explanation that is not part of the grammatical structure of the sentence. For example:

Do not use dashes to enclose an explanation that is part of the grammatical structure of the sentence.

Use a dash or a set of dashes to introduce an emphasization with a high level of emphasis. For example:

Do not use dashes to introduce an emphasization with a moderate level of emphasis.

Use a set of dashes to enclose an explanation of a series that precedes the sentence. For example:

Although the em dash (— or —) used without spaces is the traditional format of the dash in written English, some style manuals also allow or require the en dash (– or –) with a space on both sides in place of the em dash. Note that the en dash is often preferred in e-language and other electronic uses of language for spacing reasons.

For information on the use of parentheses—a punctuation mark that is closely related to the dash—in written American English, please read the article Punctuation Rules for Parentheses in Written English.