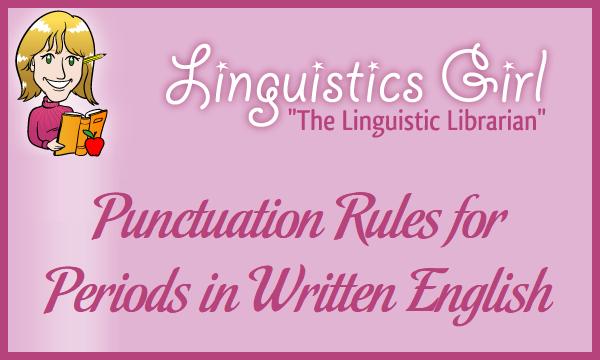 The following sections explain and provide examples of the punctuation rules for periods in written English.

In general, most sentences in written English end with a period.

Use a period to separate dollars from cents when writing about money in American English. For example:

Use a period with most abbreviations including abbreviated titles, times, and words. For example:

Do not use a period with state or most organizational abbreviations. For example:

Note that some style guides require slightly different rules for the use of periods with abbreviations.

Use a period to separate elements of Internet addresses including URLs and email addresses. For example:

Place a period between the books and lines of a poem. For example: