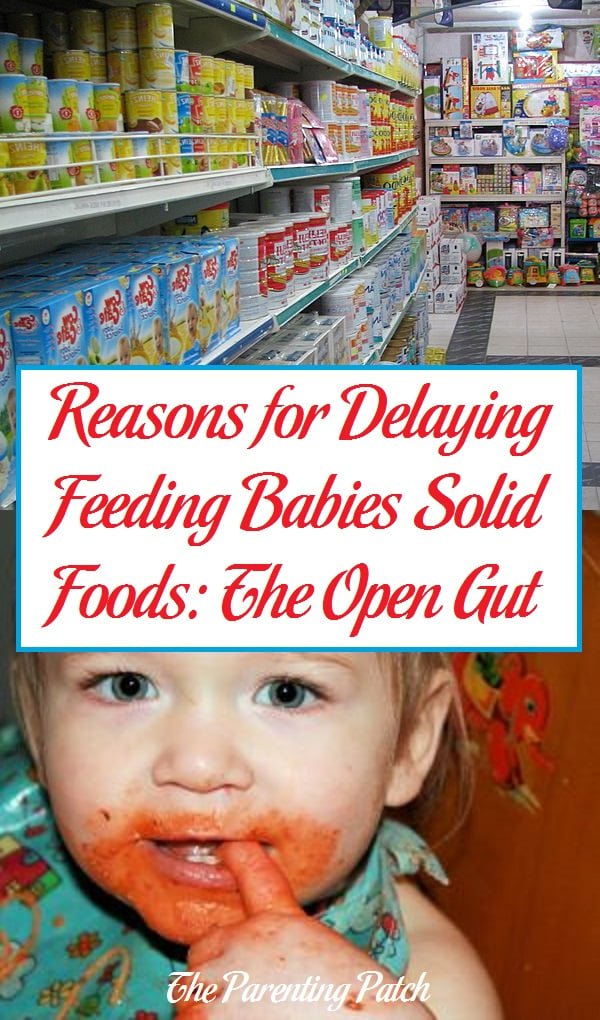 At what age should a parent or other caregiver introduce solid foods to a baby? According to the World Health Organization (WHO), human infants should be exclusively breastfed for the first six months of life. Complimentary food should not be introduced until after six months. Breastfeeding should then continue for two years or beyond. Parents should only begin to think about solid food for babies starting at six months of age. Feeding babies solid foods absolutely should not begin until the baby is at a minimum six months old. Because I trust the WHO recommendations, I waited to introduce my babies to solid foods until exactly six months old. Before that age, I did not give any consideration to food other than breast milk for my infants.

However, other parents with babies under the age of six months sometimes consider introducing foods like baby cereal early. These parents ask questions and make comments about feeding babies solid foods prior to six months on a number of Facebook pages and groups that I follow. Whenever I see one of these posts, I always reply that babies should not be given anything other than breast milk until at least six months. I often cite the WHO recommendations. 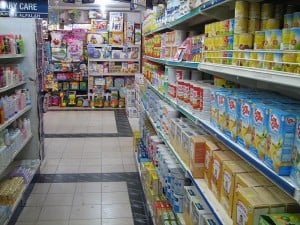 Why is delaying solid foods so important?

First and most importantly, the digestive system of a baby less than six months old is immature. The mouths, tummies, and intestines of babies are simply not equipped for any food other than breast milk until approximately six months of age. If a mother choose not to breastfeed, then an infant should receive only infant formula until six months old.

Although I do not agree with all of his recommendations, Dr. Sears lists and discusses the six most important reasons for delaying the introduction of solid food for babies:

For one, almost all infants are born without teeth. Teeth are required for chewing solid foods. As Dr. Sears argues, the lack of teeth in young babies provides further evidence that “the young infant is designed to suck rather than to chew.” Both my babies were very much toothless from birth until after six months old.

As well as lacking teeth and having the tongue-thrust reflex, young babies also lack the ability to properly swallow substances other than breast milk. Put food in his or her mouth and a baby younger than about four months old will simply push that food around and out. Parents cannot expect babies who cannot swallow properly to eat solid foods.

Of the six reasons to delay the introduction of solid foods, I find the first the most compelling. The most important reason to wait until six months is that the end of the digestive system of a young baby is just as immature as the beginning. At birth, the cells of the intestinal walls are spaced relatively far apart, which allows intact macromolecules such as antibodies, proteins, and pathogens to enter directly into the bloodstream. Basically, the intestinal lining is permeable; hence, the term “open gut.” An open gut is great for allowing the beneficial antibodies from breast milk to build up the immune system. Because breast milk contains 50+ known immune factors, babies who are exclusively breastfed for the six months of life experience fewer illnesses such as ear infections and respiratory problems. Introducing solid foods too early lessens the immunity boasting power of breast milk. Furthermore, the longer a baby exclusively breastfeeds, the greater his or her protection from illnesses as a result of the antibodies in breast milk. I want to protect my daughter as best as possible for as long as possible. To do so, I will not be giving her any foods other than my breast milk until she is at least six months old to ensure that her intestines are mature enough to digest solid food properly.

As well as lowering the immunity protection of breast milk, introducing solid foods into an immature intestinal tract also increases the risk of iron-deficiency anemia. As I explored a few days ago, something as simple as giving a baby iron supplements reduces his or her ability to absorb the iron in breast milk properly. Introducing solid foods too early similarly increases the risk of low iron levels. In fact, a study published as “Iron Status in Breast-fed Infants” in The Journal of Pediatrics discovered that none of the infants who were exclusively breastfed for seven or more months in the study developed anemia. If protecting my babies from an iron deficiency were as easy as not introducing solid foods too soon, then I by all means would continue to exclusively breastfeeding for as long as possible. 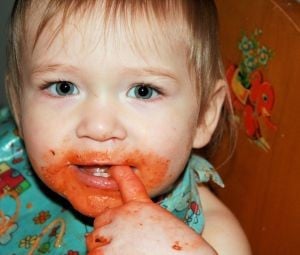 Most importantly to me, not introducing solid foods into an immature digestive system reduces the risk of a child developing food allergies. Just as antibodies cross into the blood stream from an immature gut, so too do proteins from foods. Early exposure to food proteins via the open gut increases the incidence of food allergies in children while delaying the introduction of solid foods correlates to a decreased risk. Because of my history of food allergies, I wanted to do everything in my power to prevent my children from also having allergies. I expose my babies to germs to build their immunity by not sterilizing their environment. (Clean and sterile are completely different.) I also breastfeed for as long as possible including exclusively breastfeeding as long as possible.

Finally, delaying the introduction of solid foods decreases the risk of future obesity. With a decreased risk of obesity also comes a decreased risk of weight-related health problems such as diabetes and heart disease. Exclusively breastfeeding for the first six months of life, subsequently waiting to introduce solid foods, was the best way for me to protect the future health of my children.

To recap, the most important reasons for delaying the introduction of solid foods include:

Exclusively breastfeeding for a minimum of six months offers so many benefits to babies. Based on my research on feeding babies solid foods, I decided not to give my babies anything other than breast milk until six months of age. Unless an infant stops thriving, there is absolutely no reason for solid food for babies. The reasons for delaying feeding babies solid foods are just too compelling. Continue to protect your baby by delaying the introduction of solid foods.