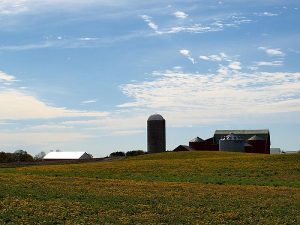 Previous studies have concluded that individuals of lower socio-economic status have an increased risk of asthma, allergies, and other inflammatory disorders. Now a new study as published in the journal Clinical & Experimental Immunology suggests that the increased risk may result from individuals of lower socio-economic status more often living in more urban areas, resulting in a reduced exposure to “healthy microbes” in rural settings.

Researchers including Christopher Lowry of the Department of Integrated Physiology at the University of Colorado Boulder based the study on the “hygiene hypothesis.” The hygiene hypothesis is the idea that some microbes and infections combine to abolish inflammation in the immune system. The hypothesis stems from evidence that individuals living in richer Western communities have higher rates of asthma and allergies due to decreased exposure to friendly microbes.

The hygiene hypothesis is often misunderstood when applied to lower socio-economic settings. Individuals living in poverty often experience both increased rates of communicable diseases and asthma and allergies.

However, as the researchers of the present study explain, the history of the human immune system is key to understanding the role of healthy microbes in human health. Until recently, most humans lived in rural settings. Urbanization is a modern phenomenon.

Explain the researchers in the abstract of the study:

“The immune system evolved to require input from at least three sources that we collectively term the Old Friends: 1) the commensal microbiotas transmitted by mothers and other family members; 2) organisms from the natural environment that modulate and diversify the commensal microbiotas; 3) the “Old” infections that could persist in small isolated hunter-gatherer groups as relatively harmless subclinical infections or carrier states.”

Microbes and old infections are present in larger quantities in rural areas. Thus, living in urban areas, which is associated with a lower socio-economic status, reduces exposure to these friendly microbes, thus increasing the risk of inflammatory disorders such as asthma and allergies.

“We hope that these insights will help to focus attention on the need for increased hygiene, coupled with innovative design for homes and sustainable cities that promote appropriate microbial exposures.

“Meanwhile there is enormous need for greater understanding of the relationship between organisms in the natural environment and those that colonize us so that we can optimize the design of urban green spaces.”