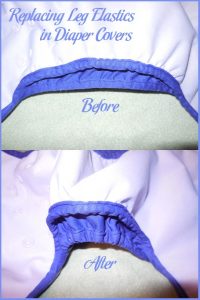 When some of the leg elastics in my favorite diaper covers recently died, I decided to attempt to replace the elastic myself. I can make minor sewing repairs and can follow an easy pattern pretty well. I figured that replacing the elastics in the legs of my diapers would be pretty easy. Fortunately, my optimism was right. Replacing the leg elastics in diaper covers is fairly simple and straightforward and takes less than half an hour per diaper. 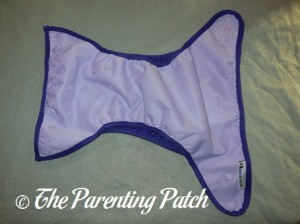 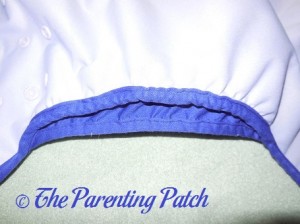 To replace the leg elastics in a diaper cover, start by gathering your materials. You will need tiny scissors, regular scissors, replacement elastic, polyester thread, a safety pin, and a needle. I used a pair of fingernail scissors as my tiny scissors. Polyester thread is necessary in case you are sewing through any PUL. The polyester will melt slightly in heat, sealing any holes you might create. 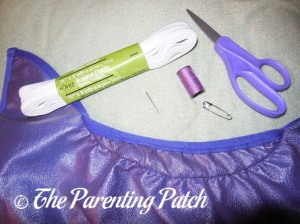 Use the tiny scissors to carefully cut the thread on both ends of the leg gusset. Open about half an inch on each side. Be careful not to cut or damage the PUL. 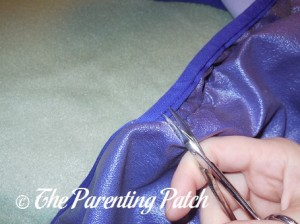 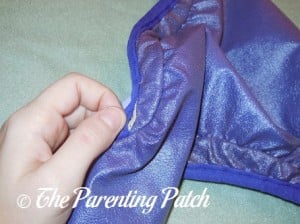 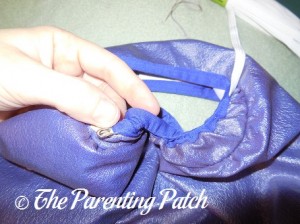 Using the needle and thread, sew the replacement elastic into the diaper with a few stitches. Avoiding sewing through the PUL if possible. With the Best Bottom shell that I repaired, I was able to sew through just the trim without touching the PUL. Then sew the remaining opening closed. Use tiny stitches to make the thread disappear against the diaper. (By using super tiny stitches, I can barely see the purple thread that I used, which was not quite the same color as the trim on my diaper.) 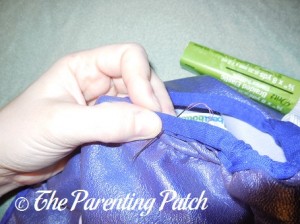 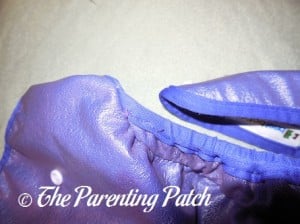 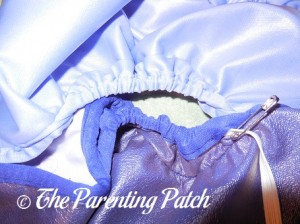 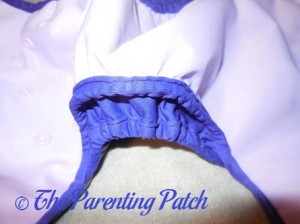 Repeat the repair on the other leg gusset. 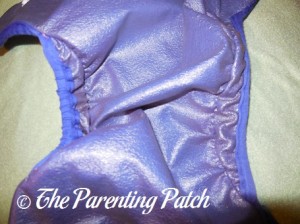 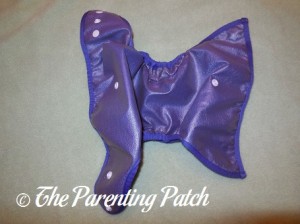 The Best Bottom diaper cover in which I replaced the leg elastics features double leg gussets. However, I replaced the elastic in only the outer gusset, essentially creating a cover with only a single gusset. If you so desired, you could also repair the second gusset. However, I found that replacing the leg elastics in just the one gusset made the cover fully functional again. 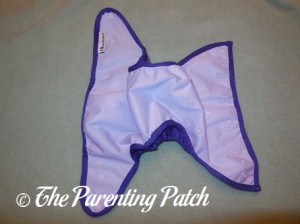 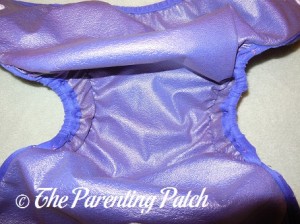