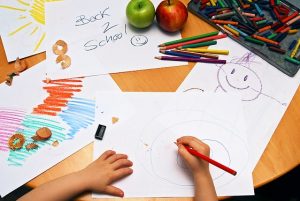 As the measles outbreak continues to spread throughout the United States, a daycare center at Santa Monica High School in Southern California has been closed after an infant who attends the center was diagnosed with measles. Fourteen other infants have also been placed under a 21-day quarantine on the orders of Los Angeles County health officials.

The measles vaccine, given as the combination measles-mumps-rubella (MMR) vaccine, is the only effective means of preventing infection with the measles virus. The measles vaccine is up to 99 percent effective. However, The Centers for Disease Control and Prevention (CDC) currently recommends all children receive two doses of the MMR vaccine, with the first dose given between 12 and 15 months and the second dose between 4 and 6 years.

Children under the age of 1 generally cannot receive the MMR vaccine, meaning that infants are extremely vulnerable to measles infection.

The baby diagnosed with measles at the Samohi Infant Toddler Center inside Santa Monica High School was too young to receive the vaccine. The daycare at the school has been closed, but there is not a timetable for when the center will reopen.

States Gail Pinsker, spokeswoman for the Santa Monica-Malibu Unified School District: “There is concern in the community over this. This is a concerning disease. Over the last couple weeks we’ve encouraged families to get students immunized.”

Fourteen other babies under the age of 1 and thus also too young to receive the MMR vaccine who were potentially exposed to measles have been placed under quarantine for three weeks.

Comments Pinsker, “The district is trying to stay on top this and being as transparent as possible. The health and safety of our students and staff is our first priority,” adding in response to the closure of the daycare center, “It’s the best thing to do to protect the babies and the community. It’s a tough situation.”

Symptoms of the measles occur eight to ten days after exposure and include bloodshot eyes, cough, fever, sensitivity to light, muscle pain, eye redness and irritation, runny nose, sore throat, tiny white spots inside the mouth, and a telltale rash. Three out of ten people who contract measles will develop one or more complications including pneumonia, encephalitis, ear infections, and diarrhea. One to two of every 1,000 children infected with the virus will die.

Although certain individuals including pregnant women, individuals who have had a previous life-threatening allergic reaction to the vaccine, and individuals with compromised immune systems should not receive the MMR vaccine, all other individuals over the age of 1 should be vaccinated to prevent infection and the spread of measles.

Thirty other babies were quarantined in California in January as a result of possible measles exposure.

Calif. day care closes due to measles in baby too young to be vaccinated: http://www.cnn.com/2015/02/03/health/california-measles-outbreak/index.html
California daycare center shuts down after baby contracts measles: http://www.reuters.com/article/2015/02/03/us-usa-measles-california-idUSKBN0L62DT20150203