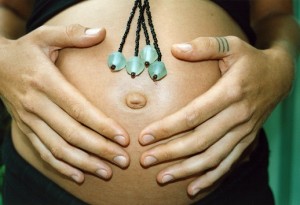 Schizophrenia increases the risk of pregnancy and birth complications such as pre-eclampsia and pre-term birth, concludes a new landmark study by researchers at the Institute for Clinical Evaluative Sciences (ICES) and Women’s College Hospital.

As published in the British Journal of Obstetrics and Gynecology, the population-based study analyzed data from women aged 15 to 49 who gave birth to a live or stillborn infant in Ontario between 2002 to 2011. The researchers identified 1,391women with schizophrenia and 432,358 women with the mental disorder.

Schizophrenia is a chronic, severe, and disabling brain disorder characterized by a breakdown in thinking and poor emotional responses. The disorder affects approximately 1.1 percent of the adult population in the United States.

States lead author Dr. Simon Vigod, a psychiatrist at Women’s College Hospital, on the importance of the study:

The researchers discovered a number of pregnancy and birth complications associated with schizophrenia.

Women with schizophrenia were three times more likely to have diabetes, chronic hypertension, and thromboembolic disease prior to pregnancy, all of which increase the risk of problems during pregnancy and birth.

Women with schizophrenia required more intensive hospital resources such as operative delivery and maternal ICU admission than women without the disorder. Women with the disorder were also more likely to experience placental abruption and septic shock, to require labor induction and Cesarean sections, to be transferred to an intensive care unit, and to be readmitted to the hospital after discharge. Schizophrenia also increased the risk of death in the year following delivery by five times.

Babies born to mothers with schizophrenia had an increased risk of preterm birth and tended to be abnormally small or large in weight.

“This study gives us the information and tools to begin to look at what interventions we can put in place to help reduce the risk of pregnancy and delivery complications for women with schizophrenia. That might include providing better education so that these women can make informed reproductive decisions, and ensuring the best medical care possible before, during and after pregnancy.”