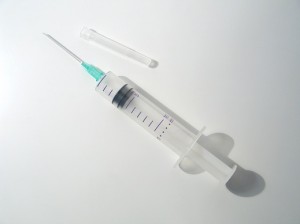 Last week the Centers for Disease Control and Prevention (CDC) warned that current flu season could be severe based on early data. The CDC also reported that the most common strains of circulating flu viruses are so-called “drift variants” of the H3N2 viruses used in the current formulation of the influenza vaccine. Now a new study published in mBio ®, the online open-access journal of the American Society for Microbiology, suggests that seasonal flu vaccines may boost immunity to many types of influenza viruses, not just the specific viruses included in each vaccine.

For the present study, researchers at St. Jude Children’s Research Hospital in Memphis, Tennessee examined the antibody and cellular immune responses to influenza A viruses in blood samples taken from 95 bird scientists attending the 2010 annual meeting of the American Ornithologist Union. The researchers chose individuals who worked within the avian field because avian influenza viruses have an important role in emerging infections.

After exposing plasma from the blood samples to purified proteins of avian influenza virus H3, H4, H5, H6, H7, H8, and H12 subtypes, the researchers used two laboratory tests to determine the number of different viruses to which each participant reacted and to determine the strength of the reaction.

Of the total participants, 77 percent had detectable antibodies against avian influenza proteins. Additionally, most of the participants had a strong antibody response to the seasonal H3N2 human virus-derived H3 subtype, a virus present in the 2009-2010 season flu vaccine. Many participants also had strong measurable antibody responses to group 1 HA (avian H5, H6, H8, H12) and group 2 HA (avian H4, human H7) subtypes, sixty-six percent had detectable antibodies against four or more HA proteins, and a few had response to all the subtypes tested.

The results of the study indicate that vaccination with the seasonal flu vaccine may protect not only against the flu viruses present in the vaccine but also against other influenza subtypes.

Write the authors of the study on the importance of the findings:

“Annual vaccinations are necessary to ameliorate influenza disease due to drifted viral variants that emerge in the population. Major shifts in the antigenicity of influenza viruses can result in immunologically distinct viruses that can cause more severe disease in humans. Historically, genetic reassortment between avian, swine, or human influenza viruses has caused influenza pandemics in humans several times in the last century. Therefore, it is important to design vaccines to elicit broad protective responses to influenza infections.”

The results of the study support the recommendation that almost individuals over the age of 6 months receive the seasonal flu vaccine. Even when the vaccine is not a perfect match for circulating viruses, the vaccine can still provide protection against the flu.

Influenza, or the flu, is a contagious respiratory illness caused by various flu viruses. Along with sanitizing hands at regular intervals, people can use masks to protect themselves from various flu viruses. Medical respirators like a N95 mask could be useful for this situation. Moreover, a wide variety of these medical masks could be sourced from local shops or online stores like Pandemic Pal.

What are the symptoms of Influenza?
Fever, chills, cough, sore throat, runny or stuffy nose, muscle or body aches, headaches, and fatigue could be some of the symptoms. Complications of the flu include pneumonia, bronchitis, sinus and ear infections, and death. Influenza is not the same as the stomach flu, which is characterized by nausea, vomiting, and diarrhea.