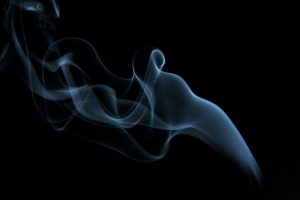 The negative health effects of smoking and secondhand smoke are widely known. Now a new study recently published online in the journal Tobacco Control, a journal of the BMJ, suggests that passive smoking, or secondhand smoke, increases the risk of miscarriage, stillbirth, and ectopic pregnancy.

The study begins by noting that previous research links smoking during pregnancy to an increased risk of miscarriage and birth complications. The researchers therefore sought to examine the associations between secondhand smoke exposure and adverse pregnancy outcomes.

Using historical data from 80,762 women who participated in the Women’s Health Initiative Observation Study, the researchers analyzed self-reported lifetime active and passive tobacco smoke exposure and self-reported spontaneous abortions, stillbirths, and ectopic pregnancies. All the women in the study had been pregnant at least once and had gone through menopause.

Of the total participants, 5,082 (6.3 percent) were current smokers, 34,830 were former smokers, and 40,850 were never-smokers. The women in the never-smokers group were further split into two groups based on levels of secondhand smoke exposure during childhood, adulthood at home, and adulthood at work.

The researchers also discovered that women exposed to secondhand smoke also had an increased risk of miscarriage, stillbirth, and ectopic pregnancy compared to unexposed never-smokers. Additionally, the longer the exposure to secondhand smoke, the greater the risk of adverse pregnancy outcomes.

“These data and results in this study provide new evidence that suggests that secondhand smoke can have previously unstudied effects on pregnancy outcomes, including spontaneous abortion, stillbirth and tubal ectopic pregnancy.

“This information signiﬁcantly expands the scope of populations that are potentially impacted by secondhand smoke. Continuing evolution of policies to eliminate secondhand smoke would be expected to protect women and their future children.”

Another recent study also found that maternal smoking during pregnancy increases the risk of nicotine dependency in daughters. Women should avoid both smoking and secondhand smoke.