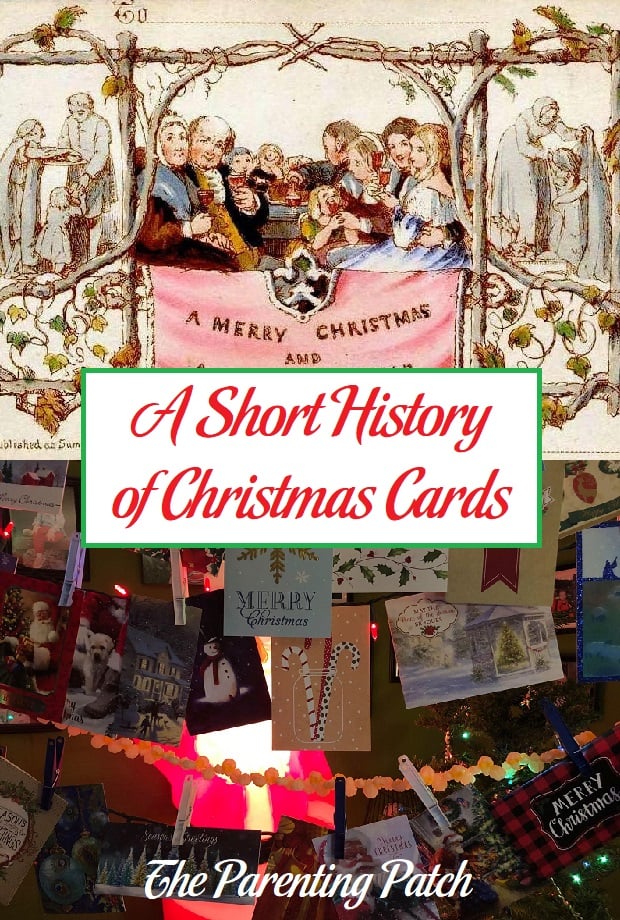 The custom of sending Christmas cards began in 1843 in the United Kingdom with a man named Sir Henry Cole. He was a senior government worker who had helped establish the new Post Office, at the time referred to as the Public Record Office. With the expansion of the British postal system came the introduction of the Penny Post, which allowed the sender to mail a letter or card to anywhere in the country with a penny stamp. Before the introduction of the Penny Post, only the rich could afford to use the postal system. New railroads allowed the post office to move more mail faster.

With the advent of the Penny Post, Cole began receiving a lot of mail. At the time, not responding to correspondence was considered rude. Cole thus commissioned his friend artist John Callcott Horsley to design the first Christmas card in 1843. The card was a triptych (three panels). The middle panel showed a family celebrating the holiday at a table. The outside panels showed people helping the poor. The top of the card included a blank space after the greeting “To:,” which allowed the sender to personalize the card for the recipient. The image was printed on stiff cardboard. Roughly 1,000 copies were made. 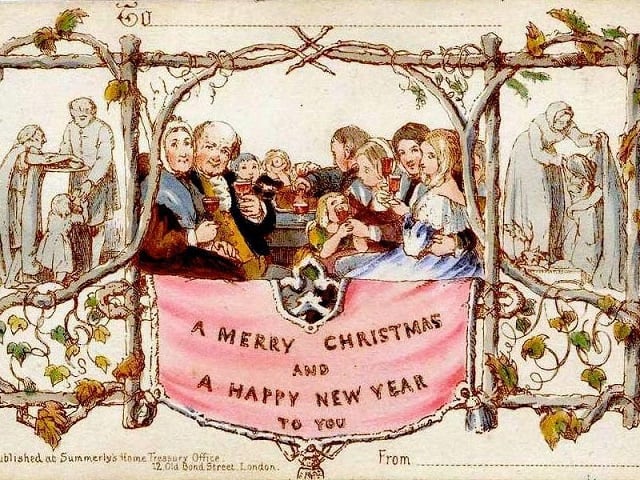 Over the next three decades, other artists and printers created more cards to meet a waxing and waning demand. However, the popularity of Christmas cards eventually grew out of favor among artistic and literary circles. Then in 1866 and again in 1867, a businessman named Josiah Goodall commissioned a set of four designs by artist C. H. Bennett for his card publishing firm Charles Goodall & Son. Goodall was one of the first to print large numbers of Christmas cards. The custom of sending cards during the holidays finally took off among the masses in the United Kingdom.

In the United States, the tradition took a little longer to gain traction. Although the cost of mailing a card was affordable for more people, printed Christmas cards were still quite expensive. Then in 1875, German emigrant Louis Prang began mass producing printed cards, which brought down the price and increased the popularity. Prang was a printer, lithographer, and publisher but is best-known as the Father of the American Christmas Card. His first cards first cards featured flowers, plants, and children. By the 1880s, he was producing over five million cards a year. Unfortunately, cheap imitations ultimately drove him from the market.

But Christmas cards were here to stay! Sharpshooter Annie Oakley sent the first personalized Christmas card to her family and friends in the United States from Scotland in 1891. Handmade cards were popular in the 1910s and 1920s. Card publishers hosted competitions in the late 1800s, with cash prizes offered for the best designs. As the genre emerged as a form of popular art, people began collecting Christmas cards. Victorian Christmas cards were and remain popular items for collectors.

The modern era of Christmas cards arguably began in 1915 when the Hall brothers Joyce, Rollie, and William formed the Hall Brothers company. The Kansas City company started by printing postcards but soon created a new format for holiday cards: 4 inches wide, 6 inches high, folded once, and inserted in an envelope. A decade later, the company changed its name to Hallmark Cards, which remains one of the most well-known card makers today.

The allure of Christmas cards remains today. Americans purchase approximately 1.6 billion cards each year. I myself enjoy hunting through racks at thrift shops for Christmas cards that speak to me. I have a binder of my favorite Christmas cards, which I started collecting when I inherited a box of older cards from my grandmother. I also love receiving cards in the mail, and I am a member of a couple of card exchange Facebook groups. The lights that I have strung around my living room during the holiday season are festooned with the cards that I have received this year. Christmas cards may not have arisen until 1843, but my Christmas season would not be complete now with Christmas cards. 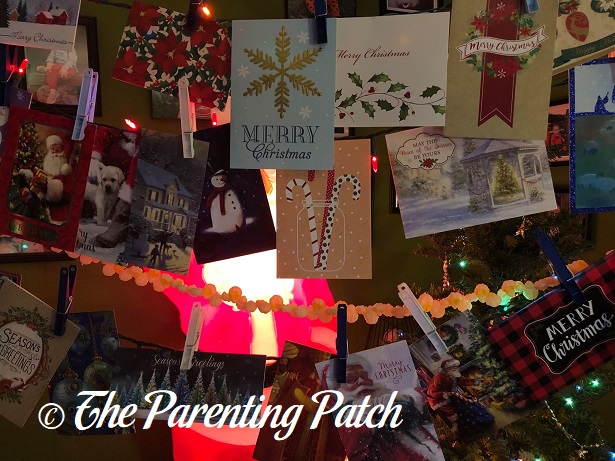 For more information, check out The Making of Victorian Christmas Cards: A Look into Christmases Past. Also learn a brief history of Christmas ornaments.