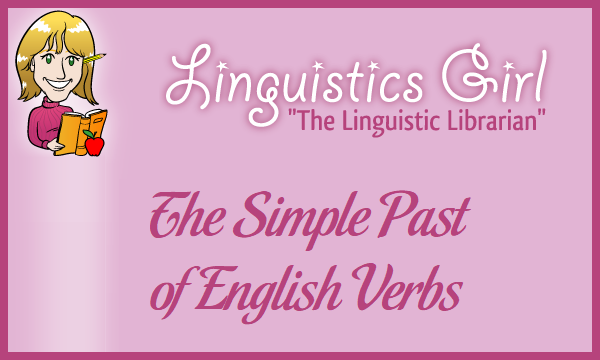 Formation of the Simple Past

Although the majority of verb forms in English are periphrastic (periphrasis meaning that a “phrase of two or more words that perform a single grammatical function that would otherwise be expressed by the inflection of a single word”), the simple past is formed with a single word rather than a phrase of two or more words. Verbs in the simple past are formed either by affixing the -ed suffix to the base form, which is the infinitive without the p-word to, or by following another irregular past tense pattern. The verb phrase patterns for the simple past are as follows:

Use of the Simple Past

Because the simple past expresses discrete actions or states in the past, the verb form most often occurs in sentences that express the following situations:

The following visual illustrates the uses of the simple past of English verbs: 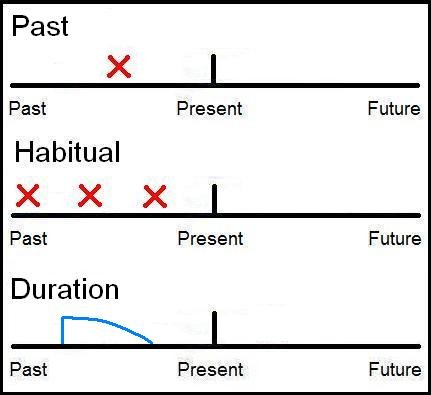 The simple past expresses discrete actions or states in the past.

The simple past is defined as a verb form that expresses a discrete, completed, noncontinuous action or event in the past.

The simple past is formed with a single word rather than a phrase of two or more words.

To form the simple past of most regular verbs in English, simply add the suffix -ed to the base form of the verb.

Irregular English verbs undergo stem, consonant, and other phonological changes that do not follow any real pattern in the simple past tense.