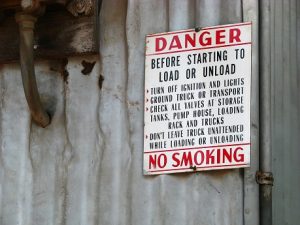 Over the past couple of decades, public smoking bans have been put into effect to reduce the effect of secondhand smoking on bystanders, particularly children. Now a new systematic review and meta-analysis concludes that recent smoke-free legislation has been followed by decreasing rates of preterm births and children admitted to the hospital for asthma.

As published in the journal The Lancet, the meta-analysis looks at 11 studies conducted in North America and Europe and includes over 2.5 million births and 250,000 asthma aggravations.

According to the analysis, rates of both preterm births and hospital attendance for asthma decreased by 10 percent within a year of the beginning of a smoking ban. Additionally, the number of babies born very small for gestational age declined by five percent.

In other words, the rates of premature birth, small birth weight, and asthma decreased following the implementation of smoking bans.

Comments Dr. Jasper Been from the Maastricht University Medical Centre in the Netherlands:

“Together with the known health benefits in adults, our study provides clear evidence that smoking bans have considerable public health benefits for perinatal and child health, and provides strong support for WHO [World Health Organization] recommendations to create smoke-free public environments on a national level.”

The researchers additionally note that only 16 percent of the world population is covered by comprehensive smoke-free laws. Children are particularly vulnerable to secondhand smoke due to an inability to influence their own level of exposure.

Summarizes co-author Prof. Aziz Sheikh from Brigham and Women’s Hospital in the US and the University of Edinburgh in the United Kingdom on the importance of smoking bans:

“This research has demonstrated the very considerable potential that smoke-free legislation offers to reduce preterm births and childhood asthma attacks. The many countries that are yet to enforce smoke-free legislation should, in the light of these findings, reconsider their positions on this important health policy question.”

Decline in preterm births and asthma linked with smoking bans: http://www.medicalnewstoday.com/articles/274616.php
Effect of smoke-free legislation on perinatal and child health: a systematic review and meta-analysis: http://www.thelancet.com/journals/lancet/article/PIIS0140-6736(14)60082-9/abstract