Vegetables are an important part of a healthy diet. Tomatoes, for example, are low in sodium and very low in saturated fat and cholesterol. The vegetable (or fruit) is also a good source of vitamin E, thiamin, niacin, vitamin B6, folic acid, magnesium, phosphorus, copper, dietary fiber, vitamin A, vitamin C, vitamin K, potassium and manganese. Because my husband and I both work at jobs in addition to parenting, boxed meals are sometimes the only way that we eat. In an attempt to get more vegetables into our diets, I have been sneaking vegetables into our favorite easy-to-prepare meals. 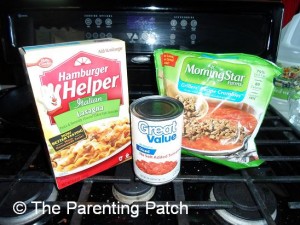 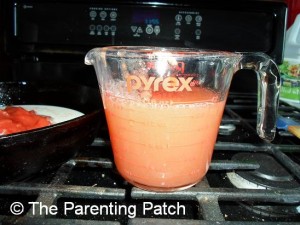 My Lasagna Hamburger Helper and tomatoes was definitely a huge hit in my house. My husband liked the addition. And my daughter, who absolutely loves tomatoes, really loved the bites that I gave her of my lunch. My concoction also heated up well; I brought the leftovers with me for dinner at work that evening. I will definitely be adding tomatoes to my Lasagna Hamburger Helper again in the future. 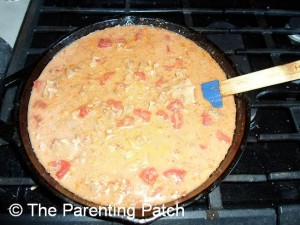 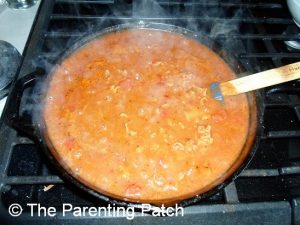 How do you make sure that your family eats enough vegetables?