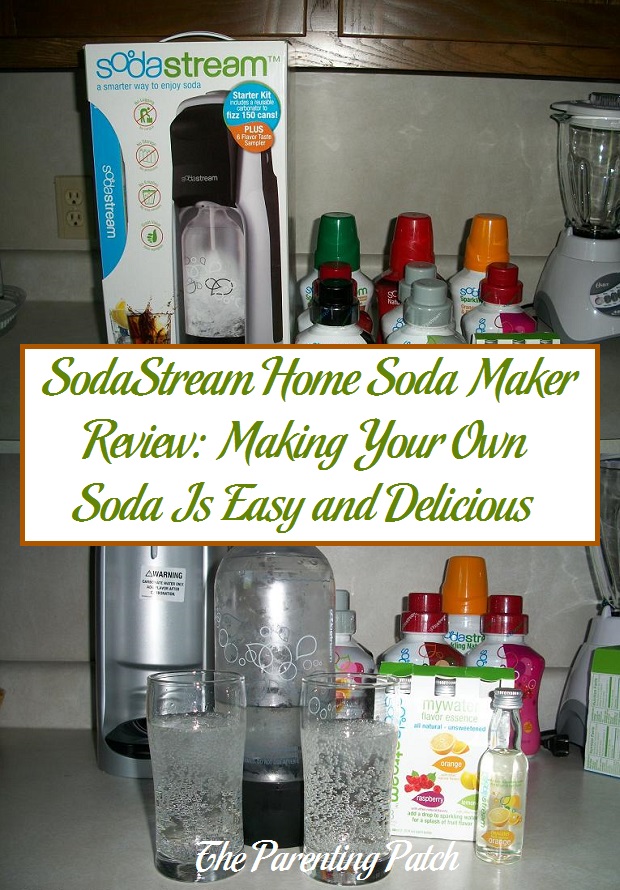 Do you spend too much money on bottled sodas and flavored carbonated waters? Then a SodaStream home soda maker might be the kitchen gadget for you! Make carbonated water and sodas in less than thirty seconds at home using your own tap water. Never again lug heavy bottles of soda from the store. Never again worry about recycling those empty soda bottles. Make your own delicious and healthier soda right at home with SodaStream. 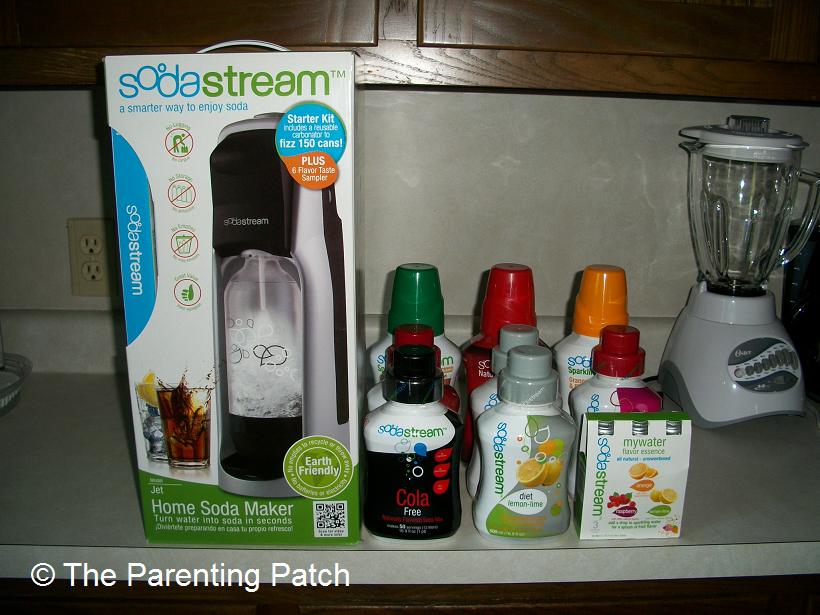 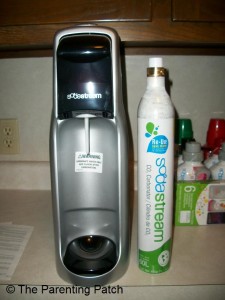 I recently received a SodaStream home soda maker to review. Along with the soda maker, I also received a generous supply of soda and carbonated water flavors. My SodaStream review package consisted of the following products:

When I received my SodaStream home soda maker, I must admit that I was surprised at just how easy the set up was. I had in my mind that putting together the SodaStream would be a long and arduous process. I was pleasantly surprised to learn that putting the machine together was simply a matter of popping off the back cover and screwing in the carbonator. As far as easy of assembly goes, my SodaStream gets two enthusiastic thumbs up. 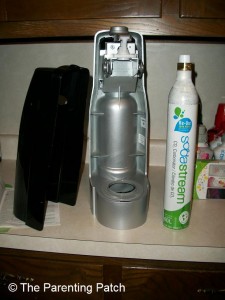 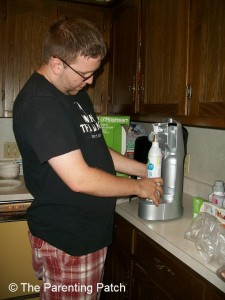 Making delicious, homemade soda with the SodaStream is also incredibly easy. Begin by filling up the carbonating bottle with tap water and chilling the water in the fridge. Alternatively, I found that keeping a separate container of water in the fridge makes making my SodaStream soda go a lot faster. I simply fill the carbonating bottle with the already chilled water, so that I do not have to wait for the water to get cold. 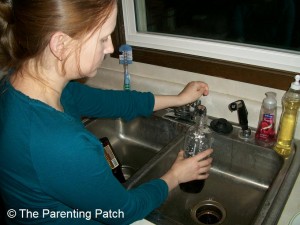 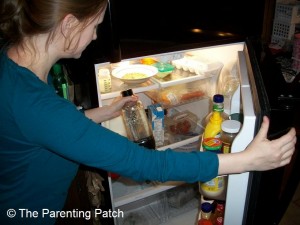 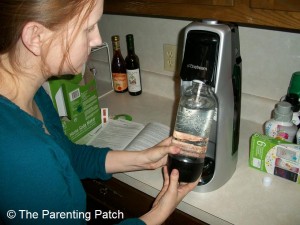 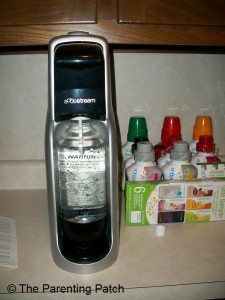 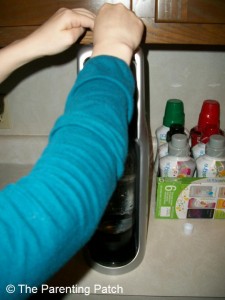 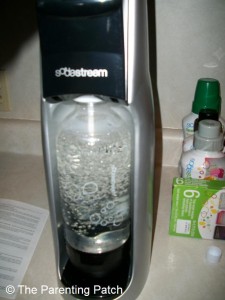 After the water in the carbonating bottle is cold, you screw the bottle onto the SodaStream homemade soda maker. Then you press the button on the top of the machine until you hear a minimum of three buzzes. If you like your soda fizzier, you can continue pressing the button until you hear up to six buzzes. However, I think that the amount of bubbles in the soda is just perfect after three buzzes. After you carbonate the water, simply remove the bottle from the SodaStream machine, and then add whatever flavorings you want. You have just made your own soda or a variety of other delicious soft drinks. Mmm! Check out my video to see just how easy making your own soda with a SodaStream home soda maker is.

The one tip that I will offer when you are making your own homemade soda is to add the flavoring to the carbonated water very slowly. The first couple of times that I made soda, I got a little overexcited and dumped the flavoring in. As a result, the water bubbled up and out of the bottle. I since learned that I should tilt the bottle to the side and slowly pour in the flavoring. I found that letting the flavoring run down the side of the bottle into the water also helps prevent spillage. 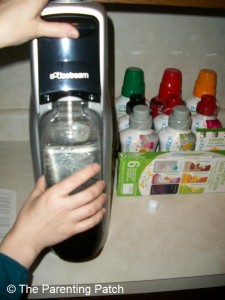 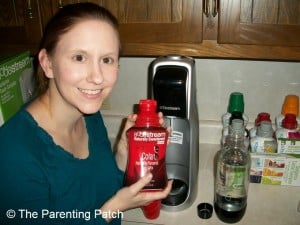 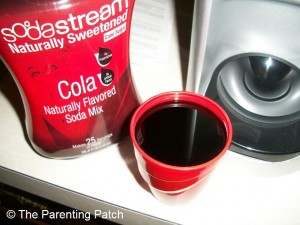 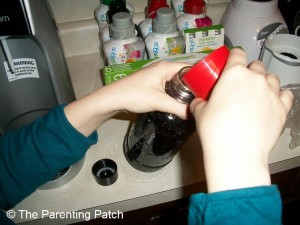 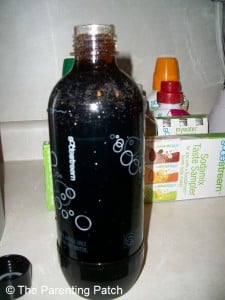 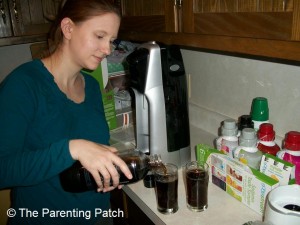 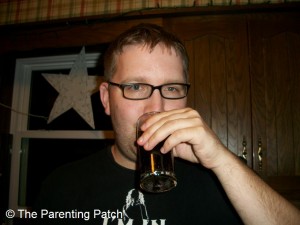 In addition to the Naturally Sweetened Cola, my husband and I also really love the Orange soda. Our Sodamix Taste Sampler included a sample of the Orange soda. After trying the sample, though, I actually went out and bought an entire bottle of the syrup because we loved the flavor so much! James also really enjoyed the Root Beer and the Sparkling Naturals Ginger Ale. 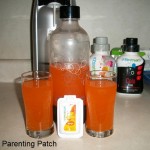 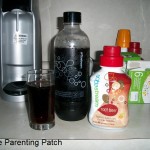 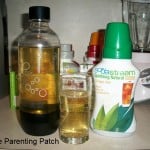 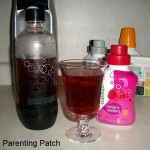 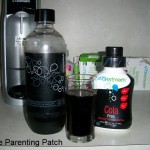 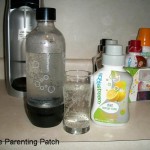 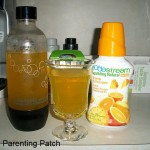 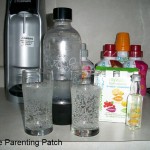 Final Verdict: I had been reluctant to invest in a SodaStream home soda maker, but, after making my own soda at home, I wish that I had bought one sooner. First, making my own homemade soda is so easy and much easier than going to the store to buy bottles or cans of soda. Second, the taste and nutrition of the SodaStream flavorings are so much more delicious and so much healthier than other brands of soda. Finally, SodaStream offers a flavor for every taste. The variety is amazing. My husband and I give the SodaStream home soda maker four enthusiastic thumbs up! If you are interested in making your own delicious and healthier soda right at home, then I highly recommend that you buy a SodaStream today.