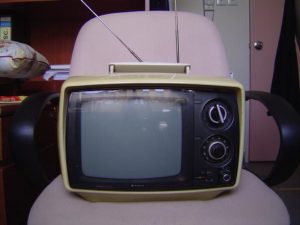 The question of the effects of television on children is a big issue for many parents. However, according to recent research being presented at the American Speech-Language-Hearing Association (ASHA) Annual Convention in Atlanta, some parents of children with speech and language impairments believe that television can have a positive impact on their children’s language skills.

Presenters Scott Palasik (PhD, CCC-SLP, assistant professor at The University of Akron) and Hillary Fortenberry (graduate student at the University of Southern Mississippi) say their research shows that a parent’s perception of television may change depending on his or her educational level and the birth order of the child with speech and language impairment. More educated parents viewed television as less positive than less education parents.

“The most positive perceptions occurred when the child was the youngest in the household. Mothers possessing only a high school education had a significantly more positive perception of television; these moms may rely on it more than college-educated moms do.”

Additionally, the more television a child watched each day, the more positive impact parents thought the viewing had on their child. (Which begs the question: Are parents who allow their children to watch a lot of TV just trying to justify all that viewing by believing that television positively affects their children?)

The researchers will discuss the findings of the study at 9:30 am on Saturday, November 17 in Hall A2 at the Georgia World Congress Center (“Television’s Effects on Speech and Language: The Parent’s Perspective,” Session 7888, Poster Board 288). The presentation is part of ASHA’s Annual Convention, which takes place November 15 to November 1, 20127 and features three days of workshops, paper sessions, and poster presentations.

The ASHA is the national professional, scientific, and credentialing association for more than 150,000 audiologists; speech-language pathologists; and speech, language, and hearing scientists. Audiologists specialize in preventing and assessing hearing and balance disorders as well as providing audiologic treatment including hearing aids. Speech-language pathologists identify, assess, and treat speech and language problems including swallowing disorders. For more information, please visit http://www.asha.org/http://www.asha.org or call 800-498-2071.