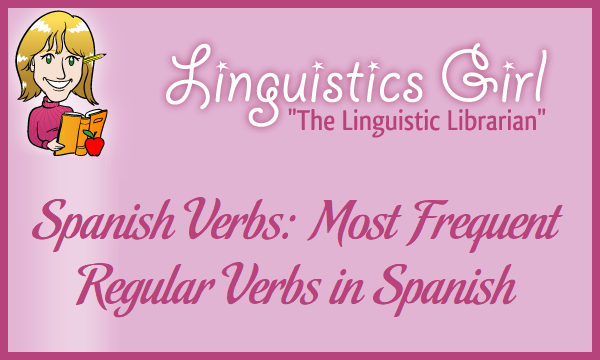 Because of the sheer quantity of conjugations as compared to English, the Spanish verb system is often the most difficult part of the language for Spanish students to master. If, however, Spanish language learners have a strong vocabulary of Spanish verbs, then learning to conjugate becomes a much easier task. The following sections list, define, and explain the most frequent regular verbs in the Spanish language.

Note also that most new verbs that enter the Spanish language are -ar verbs.

Regular -er verbs are the least abundant type of regular verb in the Spanish language. The following verbs are the most frequently used regular -er Spanish verbs that students studying Spanish should learn and understand:

Note that many irregular and stem-changing verbs such as ser “to be” and tener “to have, to be” also have an -er ending.

Spanish language students often find learning to conjugate Spanish verbs the most difficult part of learning the language. However, by learning these lists of most frequent regular Spanish verbs, Spanish learners will discover that learning conjugation becomes easier.

For a list of the most frequent irregular and stem-changing Spanish verbs, please refer to Spanish Verbs: Most Frequent Stem-Changing and Irregular Verbs in Spanish.

Note: I have studied Spanish as a foreign language. Please feel free to correct any mistakes that I have made in my Spanish.