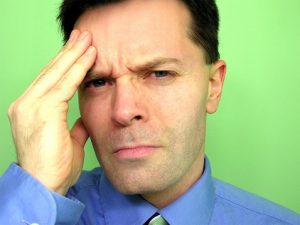 Individuals with a genetic variant that causes an extreme reaction to stress are at an increased risk for heart attacks and death, says a new study from researchers at the Duke University Medical Center in Durham, North Carolina as published in the online journal PLOS ONE.

A genetic variant is a variation in DNA sequence that varies from individual to individual. One such variation occurs in the gene that makes a serotonin receptor and causes extreme reactions to stress, a gene called 5HTR2C. According to previous research, men with a certain genetic variant in their serotonin receptor gene produced twice as much cortisol, the stress hormone, than men without the variation.

Beverly H. Brummett, lead author on the study associate professor of Psychiatry and Behavioral Sciences at Duke, explains the importance of cortisol for cardiovascular health, “It has been shown that high cortisol levels are predictive of increased heart disease risk. So we wanted to examine this more closely.”

In the present study, the researchers analyzed data collected from 6,100 white heart patients over a period of six years. One-third of the participants were female. Approximately 13 percent of the individuals in the study had the genetic variant in question on their serotonin receptor gene.

Redford B. Williams Jr., senior author on the study and professor of medicine and director of the Behavioral Medicine Research Center at Duke, explains the importance of these findings:

Dr. Peter Kaufmann – deputy branch chief of the Clinical Applications and Prevention Branch at the body that funded the study, the National Heart, Lung, and Blood Institute (NHLBI) – further expounds on the application of these research findings to patient care, “This research may one day help to identify patients who should be candidates for more intensive disease prevention and treatment strategies.”

Why a variation on the serotonin receptor gene increases the risk for heart attack and death is still under investigation. Many investigators in the field suspect that the reason is a result of a blood compound called MMP9, an enzyme that rises in line with cortisol levels. One hypothesis is that MMP9 softens the hard plaques that build up in the linings of arteries, making the linings more likely to burst and make clots that can lead to heart attack or death.

The results of this study will further allow health care professionals to screen for cardiovascular disease risk.

As Prof. Williams concludes, “…what this work suggests already is that we have a found genetic variant that can be easily identified, so we can begin to develop and test early interventions for those heart patients who are at high risk of dying or having a heart attack.”