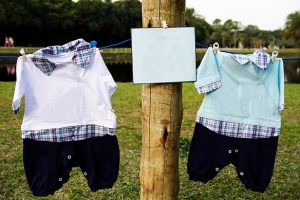 Fetal sex differences may partially account for premature birth, with women pregnant with boys at a higher risk of preterm delivery, says a new study to be presented in an oral concurrent session at The Pregnancy Meeting™, the annual meeting of the Society for Maternal-Fetal Medicine, in San Diego, California on February 7. The study sought to study the influence of fetal sex on preterm birth and neonatal outcome in Caucasian women.

Defined as delivery before 37 weeks of gestation, preterm birth remains one of the most serious obstetric complications. Approximately 15 million pregnancies annually end in premature birth worldwide, and more than one million newborn deaths occur as a result of complications of prematurity.

Premature birth occurs either spontaneously or through induction for medical reasons. In most cases, however, the underlying causes of premature birth remain largely unknown. Although a number of risk factors contribute to preterm birth, previously giving birth prematurely is one of the most important.

The present study reveals that the sex of the baby also plays a role in premature birth risk.

Using a Dutch nationwide study, researchers examined 1,947,266 singleton births by Caucasian women between 1999 and 2010 in which the baby was alive at the beginning of labor, excluding cases with congenital anomalies or unknown fetal sex. The researchers assessed the relative risk ratios for sex per week of gestation as well as gender related risk on adverse neonatal outcomes including postnatal mortality and a composite of neonatal morbidity (neonatal intensive care admission, sepsis, meconium aspiration, necrotizing enterocolitis, respiratory distress syndrome, and intraventricular hemorrhage).

According to the study, male babies were at increased risk of spontaneous premature birth and preterm premature rupture of membranes (PPROM).

Although the researchers did not find any significant differences in neonatal mortality among male and female babies born at comparable gestational ages, male babies were at significantly increased risk of composite neonatal morbidity compared to female babies from 29 weeks onward with a peak at 37 to 38 weeks. In other words, when born at the same gestational age, boys have an increased risk of becoming seriously ill compared to girls.

Concludes Myrthe Peelen, M.D., of the Academic Medical Center in Amsterdam, “This study provides important insight into the differences in risk factors based on gender. Patients with a history of preterm birth should be monitored, particularly if they’re having boys now after a preterm birth of a girl.”