Connect
To Top
NewsSeptember 17, 2011 This post may contain affiliate links

Study Reveals Dads Who Are Hands-on Have Lower Testosterone Levels 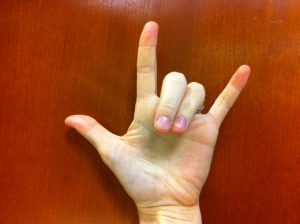 We have known for a long time that a female’s body is hard wired to take care of a baby, and now a new study has revealed that fathers, especially those who are “hands-on,” also have certain chemical changes that make them better parents.

The study found that men who spend a significant amount of time with their children and those who play the role of “stay-at-home-dad” see a significant dip in their testosterone levels.

The study published in The Proceedings of the National Academy of Sciences states that the change in testosterone shows a direct link that men are hormonally wired to take part in their children’s lives.

The study also revealed that father’s experienced a “significant decrease” in the first month of their baby’s life while dads who did more of the feeding, changing, and other daily activities for their children saw an even steeper drop in testosterone levels.

For guys who may tease their buddies about this fact, the study notes that lowered testosterone levels also greatly reduces the risk of contracting prostate cancer.