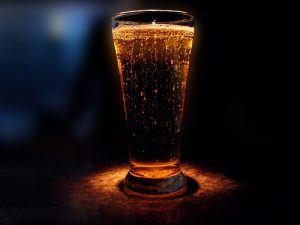 Despite previous studies on the health benefits of moderate alcohol consumption including reduced risk of cardiovascular disease and all-cause mortality, researchers suggest that the benefits may be overestimated in a new study published in the journal The BMJ.

Heavy alcohol consumption not only causes trouble for the alcoholic by increasing the risk of high blood pressure, stroke, liver diseases, and cancer, but it can also endanger those around the alcoholic. Drinking and driving is a dangerous habit that alcohol addicts often develop. This puts not only the drivers’ lives at risk but also the lives of commuters (for which, they often need to consult a lawyer who can deal with hit-and-run cases caused due to intoxication). But this isn’t all! There is more! Alcoholics often develop a bad reputation for being a nuisance to their family members, wherein the latter might also suffer due to the behavior of the addicts. And in such conditions, an alcohol detox (possibly through rehab) remains the only probable solution. Though rehabilitation centers can help addicts come out of their addiction, but it also requires the person to be willing as he may face withdrawal symptoms and other problems.

Depending on the need of treatment you will be taken in either as inpatient or outpatient by rehab centres. Inpatients will have more supervision provided to prevent them from going back to old ways after experiencing withdrawal symptoms. Whereas, outpatients can receive treatment from the comfort of their homes. There are treatment centres for outpatient drug rehab available who tend to help patients sober while also maintain a job.

Needless to say, alcohol does only harm, which is why it is best to completely avoid its consumption or be taken in moderation. But what about moderate alcohol consumption. Current recommendations define moderate drinking as one drink per day for women and one to two drinks per day for men.

Previous studies have suggested health benefits from moderate alcohol consumption, including a January study that suggests that drinking up to seven alcoholic drinks per week may lower the risk of developing heart failure in the future.

However, the authors of the present study argue that many of the past studies associating alcohol use with health benefits are “contentious,” citing confounding factors such as categorizing former drinkers and never drinkers into one group, often as a control group.

“Specifically, former drinkers have been found to exhibit poorer self-reported health, higher levels of depression and increased risk of mortality than never drinkers. As such, protective associations identified among light drinkers may be less a consequence of a beneficial biological mechanism and more a statistical artifact resulting from the application of a pooled non-drinking category.”

The researchers also note that very few past studies have included older participants.

Upon analyzing unadjusted models, the researchers identified reduced mortality risk across a wide range of alcohol usage among men and women in both age groups.

“The findings from this study suggest that beneficial associations typically identified between low-intensity alcohol consumption and all-cause mortality may, in part, be attributable to an inappropriate selection of a referent group and weak adjustment for confounders.

“The effect of such biases should therefore be borne in mind when evaluating findings from alcohol health studies – particularly when seeking to extrapolate results to the population level.”

Concludes Professor Mike Daube of Curtin University in Australia in an accompanying editorial:

“Firstly, in health as elsewhere, if something looks too good to be true, it should be treated with great caution. Secondly, health professionals should discourage suggestions that even low level alcohol use protects against cardiovascular disease and brings mortality benefits.”

Because the current study suggests that the protective benefits of alcohol may be explained by the effect of selection biases across age-sex strata, additional research appears necessary to further explore the associations.