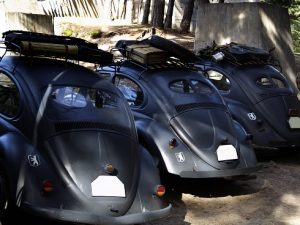 As developing countries adopt the modern conveniences of the more developed countries such as automobiles, televisions, and computers, health problems such as obesity and type 2 diabetes are also on the rise throughout the world.

A recent study published in the journal Circulation: Heart Failure concluded that both exercising more and sitting less — not just exercising more — are linked to a decreased risk of heart failure. “Sitting disease” has also been linked to other health problems.

Now a recent study led by Professor Scott Lear of Simon Fraser University in Canada as published in CMAJ, the journal of the Canadian Medical Association, concludes that sedentary-inducing technologies such as cars and TVs increase the risk of obesity and diabetes among owners.

The researchers assessed data on over 150,000 adults from 17 countries, which ranged from high-, middle-, and low-income. Data collected included ownership of cars, TVs, and computers as well as physical activity and diet.

As more people around the world gain access to automobiles and screens, the obesity and diabetes epidemics of developed countries will spread to lower-income nations. This increase in health problems associated with more sedentary lifestyles may lead to “potentially devastating societal health care consequences” in developing countries.

Adds Prof. Lear: “With increasing uptake of modern-day conveniences – TVs, cars, computers – low- and middle-income countries could see the same obesity and diabetes rates as in high-income countries that are the result of too much sitting, less physical activity and increased consumption of calories.”

In an accompanying editorial, Kirsten Patrick, deputy editor of CMAJ, states, “An accumulating body of evidence suggests that too much time spent sitting is a determinant of ill health and a risk factor for early death, alongside and independent of all the other well-known determinants.” She also argues that the time to take action is now. To prevent health problems like obesity and diabetes, people simply need to sit less and exercise more.

As Patrick aptly summarizes: “Being sedentary for most waking hours has become a default setting for many of us. Reshaping workplaces so that we don’t have to spend all day sitting to get our work done, and solving the problem of sitting while we commute for an hour or more per day will require creative initiatives. We need to do a lot more than shake our heads at modern children who can’t grasp the idea that their legs are made for walking …. And let’s be sure we sell these ideas as aggressively as we market televisions and computers.”

The association between ownership of common household devices and obesity and diabetes in high, middle and low income countries: http://www.cmaj.ca/content/early/2014/02/10/cmaj.131090
TVs and cars in developing countries increase obesity risk: http://www.medicalnewstoday.com/articles/272476.php