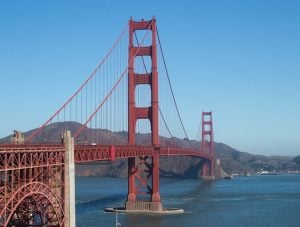 Tens of thousands of commuters on the Bay Area Rapid Transit (BART) system in San Francisco, California may have been exposed to measles after an infectious Bay Area resident rode a train to and from work for three days last week, warned Contra Costa Public Health on Wednesday.

Officials posted a statement on the Contra Costa County website:

“Public Health officials have confirmed the first local case of measles, and are urging residents to make sure they have been vaccinated. Some BART riders may have been exposed as the victim commuted from the Lafayette station into San Francisco the first week of February.”

Officials have been tracking the resident, reportedly a LinkedIn employee, who received a measles diagnosis last week. The infection is the first confirmed measles case in Contra Costa County since the outbreak began in Disneyland in December.

Announces BART in an online statement:

“The person traveled between the Lafayette Station and Montgomery Street Station during the morning and evening commutes from 6 to 8 am and 7 to 9 pm on Wednesday, Thursday and Friday, February 4-6.”

“The person also spent time at the E & O Kitchen and Bar (314 Sutter Street in San Francisco) on Wednesday evening, February 4th. Patrons who visited this restaurant between 5:30 pm and 7 pm may have been exposed to measles. E & O is fully cooperating with the San Francisco Department of Public Health.”

Most Bay Area residents are not at risk from the possible exposure. However, anyone not vaccinated with the combined measles-mumps-rubella (MMR) vaccine are an increased risk of infection. Ninety percent of unvaccinated and non-immune individuals exposed to the measles virus will contract the disease.

The measles virus can remain in the air and on surfaces for up to two hours after an infected person leaves the area. However, BART uses industrial-strength disinfectant to clean its trains at the end of the line during the day and each night.

“Measles is circulating in the Bay Area and we don’t know yet where this person was exposed. The ongoing measles outbreak in California highlights the need for people to be vaccinated, and this is just another example of how interconnected our region is and how important it is for everyone to be up to date on their immunizations.”

“The measles vaccine is very effective and is a standard part of pediatric primary care. While we are concerned about the current outbreak in California and its potential to spread, we cannot emphasize enough that the solution is simple and available: be vaccinated.”

The MMR vaccine, which is up to 99 percent effective, is the only effective means of preventing infection with the measles virus. The Centers for Disease Control and Prevention (CDC) currently recommends all children receive two doses of the MMR vaccine, with the first dose given between 12 and 15 months and the second dose between 4 and 6 years. Unvaccinated adults who are not already immune to measles should also receive two doses of the MMR vaccine spaced 28 days apart.