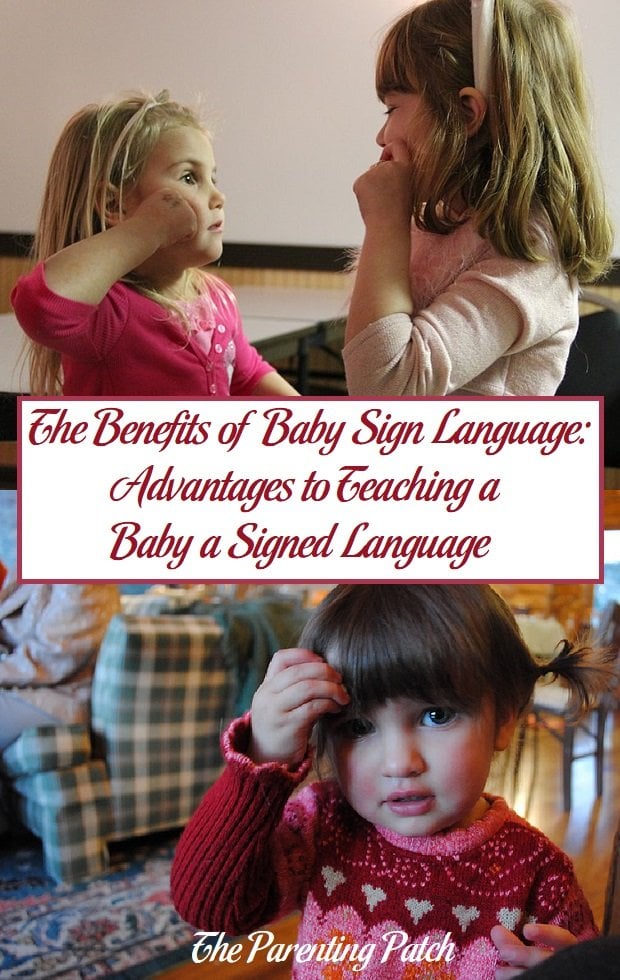 The first advantage to teaching a baby a signed language is the potential for increased communication. From birth, babies are learning about the world around them including the language they are exposed to. Long before a baby can talk, he or she can understand a lot of language, both spoken and signed. Many parents and babies alike have become frustrated by a communication breakdown simply because a child has not fully developed the ability to speak. Furthermore, because the muscles in the hands develop before the muscles in the mouth, children are able to sign before being able to speak. Therefore, a child who is equipped with a signed language has a communicative advantage over a child who has only a spoken language.

There persists a myth that exposing a child to a signed language will result in speech delays. The opposite is actually true. Babies who have been taught sign language from birth or shortly after birth often reach recommended milestones for spoken language before non-signing babies. Signing babies also acquire larger vocabularies before non-signing babies. Babies who learn a signed language are also able to express more complex thoughts earlier than babies who acquire only a spoken language. Exposure to language, whether spoken or signed, spurs language acquisition.

Exposing a preverbal baby to sign language is beneficial for a number of reasons. Not only do signing babies acquire spoken language sooner than non-signing babies, but children who learn a signed language from birth or shortly after birth continue to experience advantages into childhood.

The Benefits of Baby Sign Language: Advantages to Teaching a Baby a Signed Language: http://commons.wikimedia.org/wiki/File:Girls_learning_sign_language.jpg and https://www.flickr.com/photos/amyhb/5276069660/ (CC BY-NC 2.0)