The Duck and the Samuel Adams Gravestone features a rubber duck in front of the gravestone of Samuel Adams in the Granary Burying Ground along The Freedom Trail in Boston, Massachusetts. At the beginning of 2013, I made a resolution to post a weekly photograph of a rubber duck. Because my daughter loved rubber duckies so much, my goal was to post a picture a week of one of her rubber ducks. Her ducks have showed up in some pretty unusual places over the past few years as part of The Rubber Ducky Project. 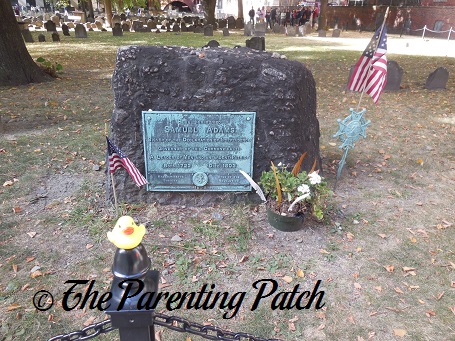 The Duck and the Samuel Adams Gravestone © 2015 Heather Johnson