Connect
To Top
BlogSeptember 1, 2010 This post may contain affiliate links

Tips for Avoiding a Cesarean Section 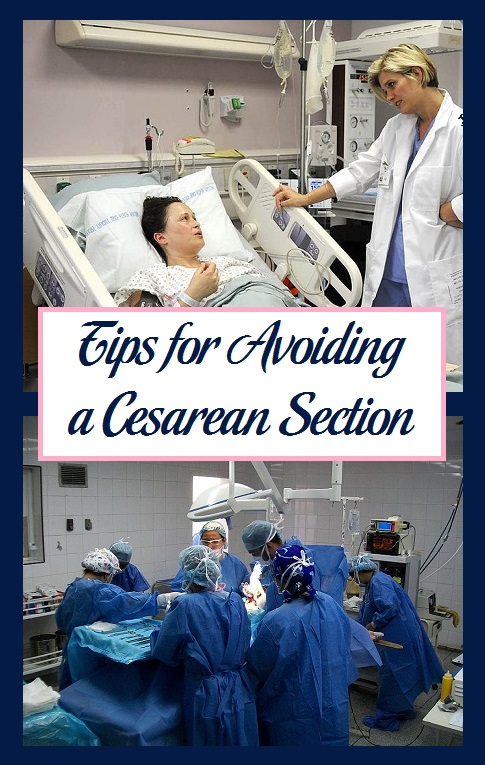 While reading the newspaper over dinner yesterday evening, I came across an article about birth by cesarean entitled “C-Section Birth Rate Surging: Impatience with Labor May Explain Some of Increase” by Shari Roan of the McClatchy News Service. The article begins with some startling statistics. First, the cesarean section rate in the United States has doubled since 1996. Second, birth by cesarean now accounts for one-third of all births in the United States. I am appalled to know that, over the short time period of sixteen years, twice as many women are undergoing a major surgical operation to give birth. I am even more appalled, and maybe even a little downright scared, to know that one out of three pregnant women in this country give birth by cesarean. Since when was birth, which is ultimately a normal physiological process of the female body, a medical crisis for which the only treatment was major surgery?

In response to the increasing rates of birth by cesarean, Roan reports that the rise in the number of women who undergo at least one cesarean section is largely a result of impatience on the part of the attending doctor and the laboring patient. She cites a study released by the Eunice Kennedy Shriver National Institute of Child Health & Human Development that found that the rates for birth by cesarean were twice as high for women who experienced some level of artificial induction than for women who opted for spontaneous labor and birth. The authors of the study argue that the results of the study point towards impatient doctors and patients, an argument that is supported by data that indicates a high proportion of laboring women are undergoing a cesarean section before being dilated to six centimeters and often after being in active labor for only two to three hours. But, a normal and spontaneous labor, contrary to popular belief, can take hours, if not days. In other words, labor is unpredictable and sometimes long in duration. Both doctors and women are not giving their bodies enough time to give birth naturally and are instead turning to birth by cesarean too soon.

So, although a small percentage of birth by cesarean section is truly unavoidable and necessary, the majority of women can and should give birth vaginally. I know that I am not living under the disillusion that labor should take no more than twenty-four (or twelve) hours before the actual birth. In fact, I am already mentally prepared for a labor that lasts for a few days beginning with the first mild contractions to the birth of my child. If my baby wants to take his or her sweet time getting here, then my baby will take his or her sweet time getting here. Yes, I know that there are reasons when birth by cesarean may be the only option. However, impatience at not reaching some rather arbitrary time limit is not one of them. 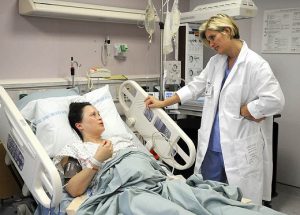 Although a small percentage of births do require a surgical birth for a positive outcome, the majority of women can and should give birth vaginally. I am one of those expectant mamas-to-be who will do everything in my power to avoid a cesarean section and the subsequent risks of c-section. For me, the risks of a routine cesarean section are just too high. I will not willingly and unnecessarily jeopardize my health or the health of my baby for the wrong reasons. Becoming a willing participant in the rising rates of cesarean section is just not my cup of tea. A birth by cesarean for me will truly be in response to an emergency situation. So, what can a soon-to-be mother who also wants to avoid the risks of c-section do to improve her changes of avoiding a surgical birth?

One of the easiest ways to avoid an unnecessary cesarean section is to not consent to artificial induction for non-medical reasons. The four most common procedures for inducing labor are cervical ripening, membrane stripping, membrane rupturing, and pitocin. Although some professionals (and not-so-professionals) claim that a certain percentage of pregnant women will require a medical induction to start or jumpstart labor, the truth is that almost all women can successfully give birth without interventions like induction. Furthermore, inducing labor increases the risks of c-section delivery. How? Pitocin, the most commonly used induction technique, results in contractions that are stronger and more painful than natural contractions. To counteract bad contractions, epidural anesthesia is often administered. Because epidurals can slow or stop contractions, more pitocin is then given. And, the cycle repeats. After a while, both mom and doctor give up and resort to a cesarean section. The moral of the story: just say no to induction (as well as to epidurals and other pharmaceutical anesthesia) to reduce the risks of c-section.

Another easy way to avoid a cesarean section is to labor at home (or at least out of the hospital) for as long as possible. Some critics of the rising rates and risks of c-section argue that a laboring woman should stay away from the hospital until she is at least three centimeters dilated. Why? First, heading to the hospital can be an anxiety-producing experiencing. Anxiety is a known cause for stalled or stopped labor. The further along a woman is in her labor, the less likely her labor will slow down once she does get to the hospital. Second, most hospitals evaluate the progress of labor based on an inaccurate time table. Getting to the hospital too soon can result in medical interventions like induction being used too early. The early and indiscriminate use of interventions has been proven to lead to an increased rate of cesarean section. So, stay at home for as long as possible during labor. I know that I will (at least in the event that a home birth is not possible). Remember: your baby depends on you to avoid the risks of c-section.

Third, to lower her changes of being talked into an unnecessary cesarean section birth, a laboring woman should decline the use of continuous electronic fetal monitoring (EFM). Contrary to the widely-held belief by much of the population, the use of continuous EFM has not proven to improve the outcome of birth. Instead, litigation-fearing doctors jump to birth by c-section at the first signs of fetal distress, whether or not the unborn baby was actually in distress or not. When a baby who is born via a cesarean section birth but who was never in distress is born alive and well, the doctor says, “See, look, all is well. We saved your baby.” Believing her doctor as a trustworthy judge, the unsuspecting mother never questions the actual necessity of the cesarean section in the first place. But, a c-section, like all major surgeries, is not without risk to both mom and baby. Furthermore, data collected on the outcomes of births indicates that the use of continuous EFM has not lowered the rate of children born with defects like cerebral palsy. Thus, the biggest argument against the use of continuous electronic fetal monitoring is an increase in surgical births without a corresponding decrease in birth defects. So, to lower my risk of undergoing a cesarean section birth, I will be saying no to routine electronic fetal monitoring.

As the three examples above illustrate, one of the leading causes of birth by c-section is the indiscriminate use of interventions during labor. Another simple way for a woman to avoid a cesarean section birth is for her to choose her caregivers wisely. When I pick out my midwife (or, if all else fails, my obstetrician) I will be asking many questions. For example, I will want to know his or her rate of cesarean section birth as well as his or her use of interventions like pitocin, epidurals, and EFM. (I will also investigate these questions independently to avoid a healthcare professional who fibs just to get my business.) The best way to protect myself from an unnecessary cesarean section birth is to choose a caregiver who shares my views. Furthermore, I am already looking into doula services. Not surprisingly, having a doula or other labor support person significantly reduces the rate at which a woman undergoes superfluous interventions during labor and birth. So, with the risk of a cesarean section birth just too high, I will be saying no to unnecessary interventions during labor and saying yes to a care provider who shares my views.

What other tips do you have for a mom-to-be who hopes to avoid a cesarean section?