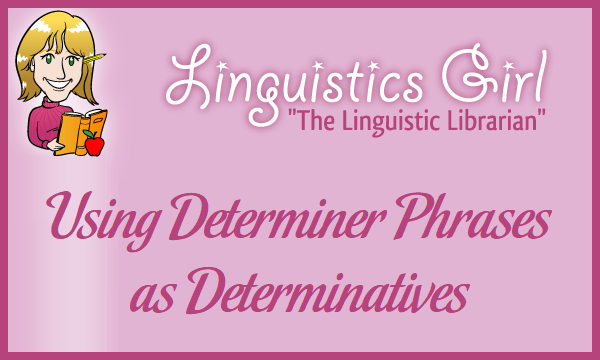 Belonging to a closed class of function words, determiners provide information such as familiarity, location, quantity, and number about a noun, pronoun (rarely), noun phrase, or verb phrase in the form of a present participle. A determiner phrase consists of two or more determiners plus the p-word of functioning as a particle.