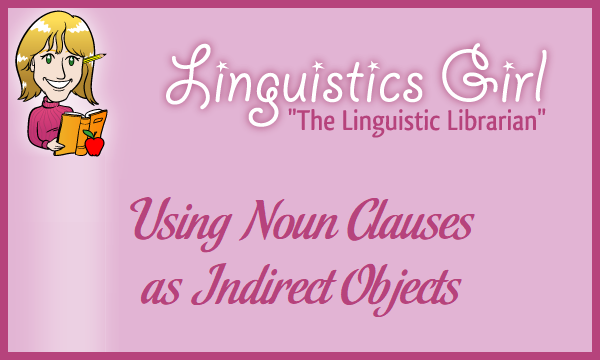 Clauses are grammatical structures that consist of a subject and a predicate. Dependent or subordinate clauses are clauses that cannot function independently as complete sentences but that must appear with another independent or main clause. Noun clauses are a type of dependent clause that perform nominal functions.

In grammar, an indirect object is word, phrase, or clause that indicates to or for whom or what the action of a ditransitive verb is performed. In addition to nouns and pronouns, noun clauses also perform the grammatical function of object complement. Examples of noun clauses as indirect objects include the following: 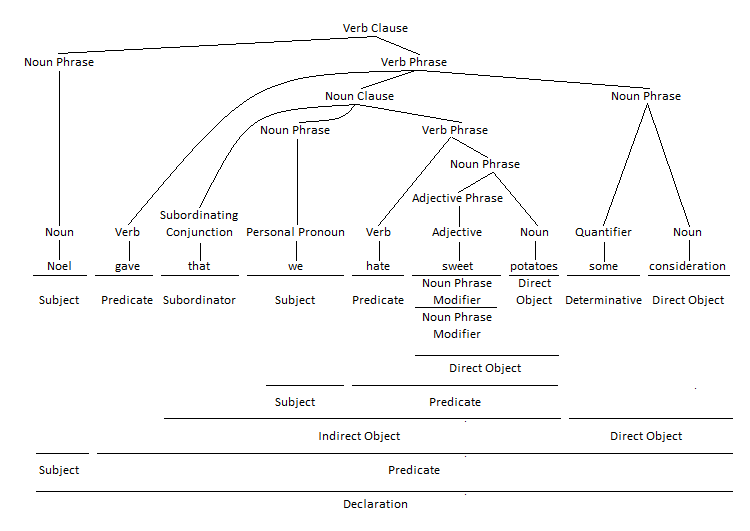