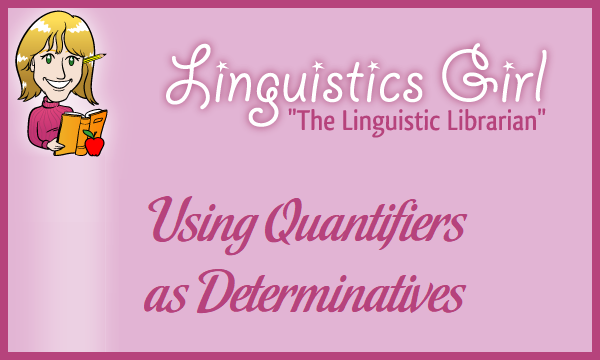 Quantifiers belong to a closed class of words call determiners. Determiners provide information such as familiarity, location, quantity, and number about a noun, pronoun (rarely), or noun phrase. Quantifiers provide information about quantity of another word or phrase. Some common quantifiers include all, any, enough, less, more, most, no, and some. Multipliers such as twice, double, and second and fractions such as one-third and half are also quantifiers. Many quantifiers can also contain the p-word of functioning as a particle as in all of and some of. Some grammars consider numerals, or counting numbers, as a subcategory of quantifiers.

In grammar, a determinative is a word or phrase that expresses additional information such as definiteness, proximity, quantity, and relationships about a noun phrase and that differs from an adjective phrase, which describes attributes. In the English language, quantifiers function as determinatives. Examples of quantifiers as determinatives include the following: 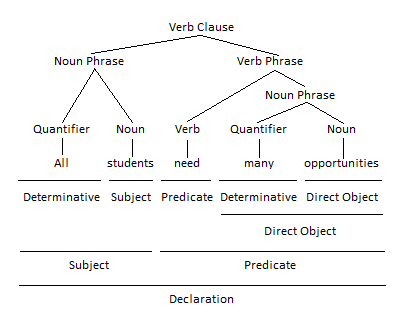