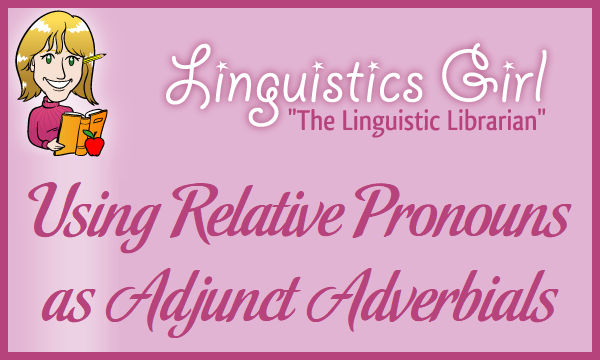 Traditional grammars define nouns as words that name a person, place, thing, or idea. Pronouns are a subcategory of nouns that take the place of nouns, noun phrases, noun clauses, and other grammatical forms. Relative pronouns both a type of pronoun that take the place of another word, phrase, or clause and a type of subordinating conjunction that introduce adjective, or relative, clauses. The relative pronouns in English are who, whom, that, which, Ø (null relative pronoun), and whose (and the relative adverbs when, where, and why).

In grammar, an adjunct adverbial is a word, phrase, or clause that modifies an entire clause by providing additional information about time, place, manner, condition, purpose, reason, result, and concession. The three relative pronouns, or relative adverbs, that can function as the direct object of an adjective clause are when, where, and why. Examples of relative pronouns as adjunct adverbials include the following: 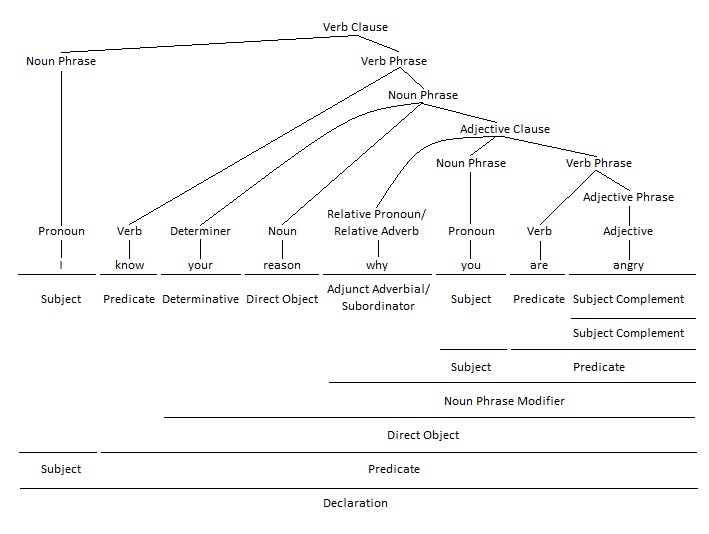