Connect
To Top
InformationAugust 1, 2012 This post may contain affiliate links

Weeks 1 and 2 of Pregnancy: Week by Week Pregnancy Calendar 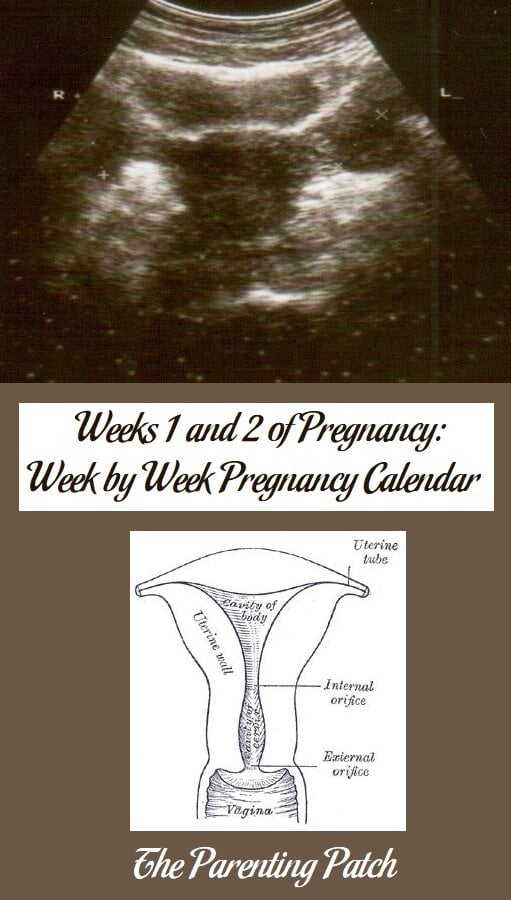 According to Naegele’s Rule, the length of an average pregnancy is dated from the first date of the last menstrual period (LMP). For a woman who ovulates on day 14 of her cycle, her estimated due date (EDD) will be forty weeks after the first day of her most recent period. Therefore, pregnancy begins well before sperm even meets egg. You are in your first month of pregnancy.

Note: For women whose cycles are irregular or who ovulate earlier or later than day 14, calculate the first day of your pregnancy by counting back two weeks from your date of ovulation.

Ultrasound of Uterus and Ovaries

During weeks 1 and 2 of pregnancy, your baby is still just an egg in your ovaries and a sperm waiting to be formed in your partner’s testes. However, you and your partner can already start taking care of your future child by taking care of yourselves. You and your partner both should eat healthy, exercise regularly, and avoid unhealthy lifestyles including smoking, drinking heavily, and using illicit drugs. Mom-to-be should take a prenatal vitamin under the guidance of her doctor to make sure that her body is prepared to nurture another growing life. Getting enough folic acid before and during pregnancy is especially important to prevent neural tube defects such as spina bifida and anencephaly. 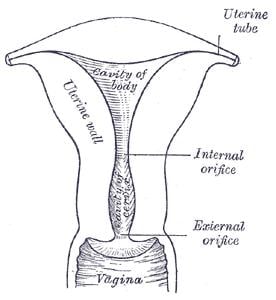 During week 1 of pregnancy, your body begins preparing for your baby-to-be. During your period, your uterus sheds its endometrial lining. After five to seven days of bleeding, a few ovarian follicles in your ovaries will be stimulated to mature by a rise in follicle stimulating hormone (FSH) produced during the first few days of your cycle. During the maturation process, the follicles will secrete increasing amounts of the hormone estradiol, which is a type of estrogen that stimulates the formation of a new endometrium in the uterus. During week 2 of pregnancy, the increase in estrogen in your body will also cause your cervix to begin producing more fertile cervical fluid. Women who are practicing the fertility awareness method (FAM) can use the increase and changes in cervical fluid to predict and pinpoint ovulation.

Learn about your baby during week 3 of pregnancy.

Disclaimer: The information provided in this article is not meant to replace the professional medical advice of your health care provider.