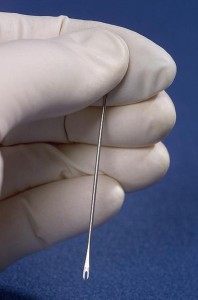 According to a new recommendation by the Centers for Disease Control and Prevention (CDC), pregnant women should receive the whooping cough vaccine during pregnancy during the third trimester.

Pertussis, or the whooping cough, is a highly contagious bacterial disease that causes uncontrollable and violent coughing, making breathing difficult. Although serious for any individual, the whooping cough is especially dangerous for infants. Infants have the highest risk of death from pertussis.

In the wake of a recent whooping cough outbreak, the CDC is now recommending that all pregnant women receive a booster tetanus, diphtheria, and pertussis (Tdap) vaccine during the third trimester.

Babies do not receive their first pertussis vaccine until two months of age. If their mothers receive the vaccine during pregnancy, however, some immune cells to pass to the babies through the placenta, offering the newborns some protection against the disease. Additionally, vaccinated mothers are less likely to contract the whooping cough and are thus less likely to pass the disease on to their unvaccinated babies.

Although specifically part of the new recommendation, health care professionals also suggest that other parents, siblings, grandparents, and caregivers of a new baby receive a tetanus, diphtheria, and pertussis booster as well. As Dr. Daniel McGee — a pediatrician with Helen DeVos Children’s Hospital in Grand Rapids, Michigan — explains, “It’s a good time to make sure that everyone who will be caring for the child is also up to date on their vaccines.”

Last year, 41,880 Americans were sickened with the whooping cough. Eighteen people died including fifteen babies who were less than twelve months old. Pertussis is highly preventable with the pertussis vaccine.

Are you up-to-date on your whooping cough vaccines?