Connect
To Top
ReviewsJanuary 20, 2012 This post may contain affiliate links 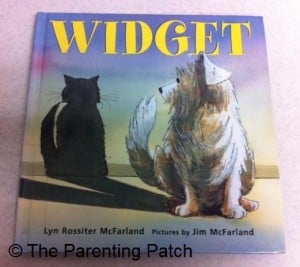 As soon as I saw the cover of Widget written by Lyn Rossiter McFarland and illustrated by Jim McFarland, I just had to take a peek inside. I love dogs. And a dog surrounded by shadows of cats simply tickled my fancy.

Widget follows the story of a dog named Widget who goes from being a homeless, friendless stray to living in a house full of cats. One night Widget sees a house at the end of road with a little dog just his size. When he goes in, he discovers an old woman with six cats. At first the woman tells him that he will have to leave because her cats do not like dogs. However, eventually the cats come to love and accept him as one of their own. The book has a truly happy ending.

In addition to the heartwarming story, I also really love the illustrations in Widget. My favorite is of Widget eating alongside his new kitty sisters. Reminds me of Espen and Princess. Too adorable!

Final Verdict: Widget is a must-read book for any child who loves cats or dogs. This book is also a great story to teach kids that even people who are different from each other can be friends. 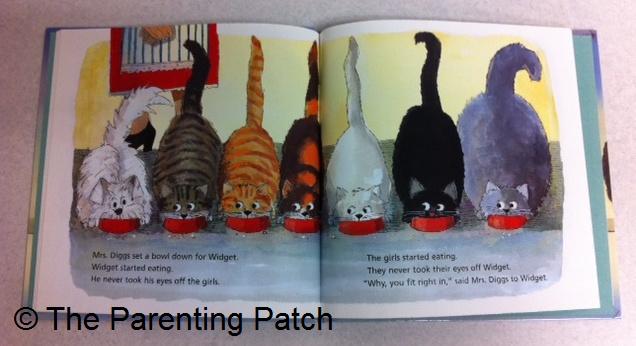