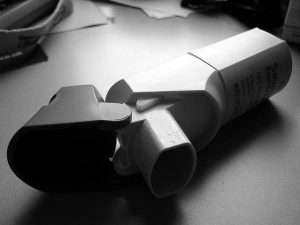 No home is perfect, but dysfunction in the home is now revealed to be especially dangerous for children at risk for asthma. A new study shows that children exposed to just one adverse childhood experience (ACE) had a 28 percent increased chance of developing asthma than children with no ACEs.

The study published in the Annals of Allergy, Asthma and Immunology — the scientific publication of the American College of Allergy, Asthma and Immunology (ACAAI) — used data from the National Survey of Children’s Health. The survey drew from interviews with parents of more than 92,000 children aged 0 to 17 years to explore the relationship between ACEs, such as witnessing domestic violence, and the development of asthma.

“Of all the children in the sample, 31 percent were exposed to at least one ACE – the most common one being living with a parent or guardian who got divorced or separated,” said lead study author Robyn D. Wing, MD. “What surprised us was that among the children who had been exposed to 5 or more ACEs, 25 percent of parents or guardians reported that their child had an asthma diagnosis – compared with only 12 percent for those with zero ACE exposures. The data showed that the more adverse childhood experiences (ACEs) a child is exposed to, the greater the probability he or she will develop asthma.”

“We know that young children are susceptible to numerous adverse factors that they may be exposed to in the home environment – including cigarette smoking, indoor triggers, and even, as this study shows, dysfunctional families and associated domestic violence” said allergist James Sublett, MD, ACAAI president. “It is even more important that these high risk children are identified and cared for by experts in the management of asthma. Board Certified Allergist/Immunologists have special training in optimizing the care of children with asthma.”

Many people are not aware that allergists are experts in treating asthma and can help both children and adults manage symptoms. For more information about treatment of asthma and to locate an allergist in your area, visit AllergyAndAsthmaRelief.org.