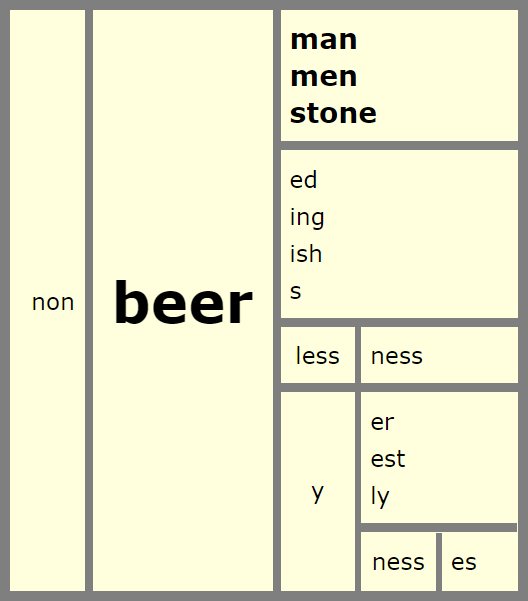 <beer>
“an alcoholic drink made from yeast-fermented malt flavored with hops” from Old English bēor,
of West Germanic origin, based on monastic Latin biber “a drink,” from Latin bibere “to drink”