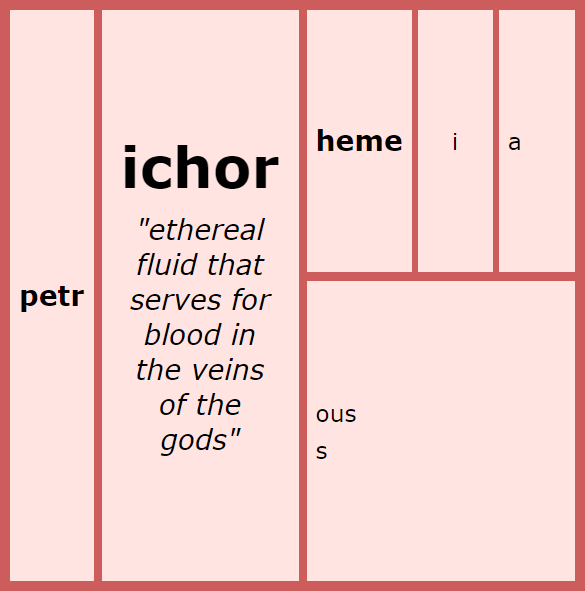 <ichor>
“ethereal fluid that serves for blood in the veins of the gods,”
from French ichor or Modern Latin ichor, from Greek ikhōr

ichor: ethereal fluid that serves for blood in the veins of the gods
-s: forming plural of noun

a-: word-forming element in names of countries, diseases, animals, and plants [adopted unchanged from Classical Latin and Greek]
heme: blood
-i-: connecting vowel
-ous: characterized by, of the nature of
petr-: rock, crag, stone, boulder