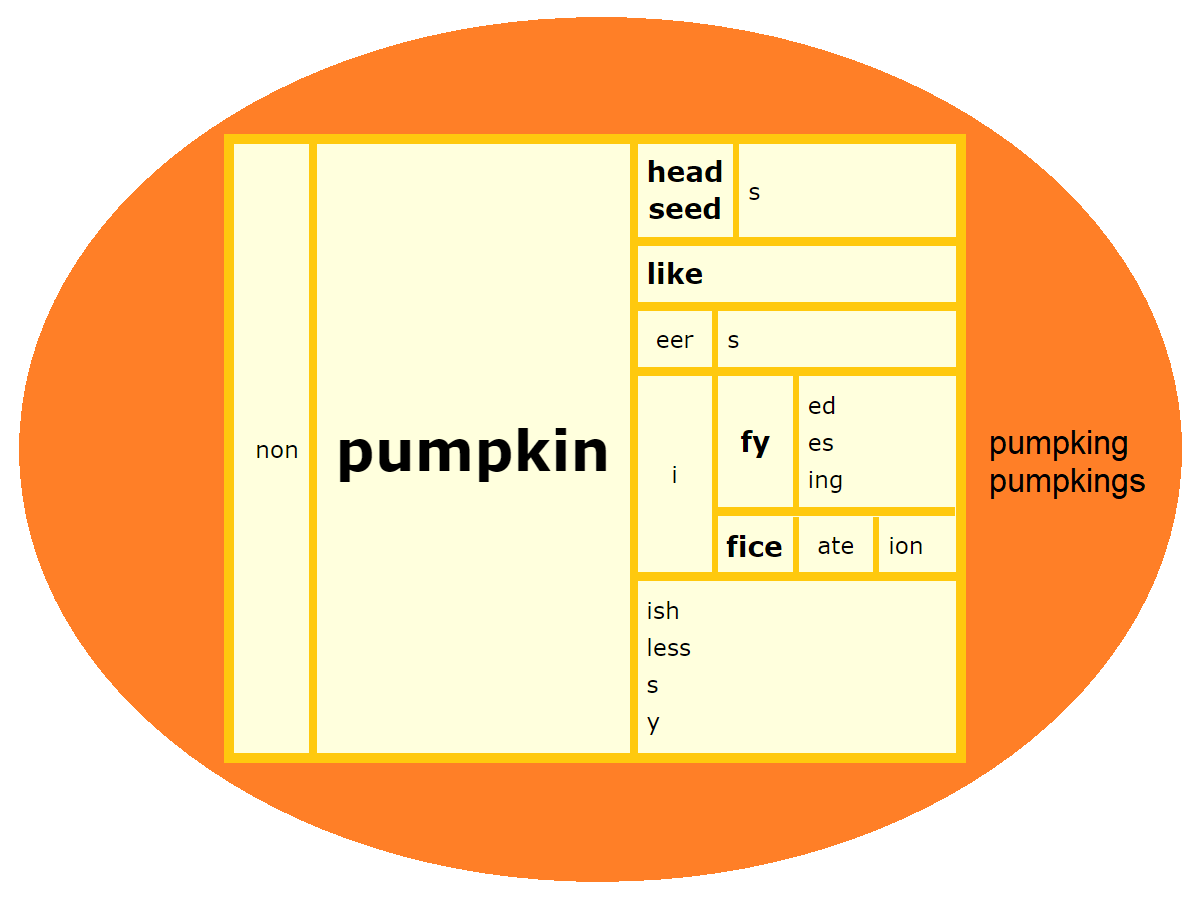 -ate: word-forming element used in forming nouns from Latin words ending in -atus, -atum
-eer: denoting someone associated with, concerned with, or engaged in a specified activity
-fice: making, creating [from French -fique or Latin -ficus from facere “do, make”]
-fy: forming verb denoting making or producing
head (noun): the upper part of the human body
-i-: connecting vowel
-ion: denoting state, condition, or action
-ish: having the qualities or characteristics of, somewhat
-less: not having, free from
-like: similar to, characteristic of
non-: expressing negation or absence
seed (noun): the unit of reproduction of a flowering plant
-y: full of, having the quality of