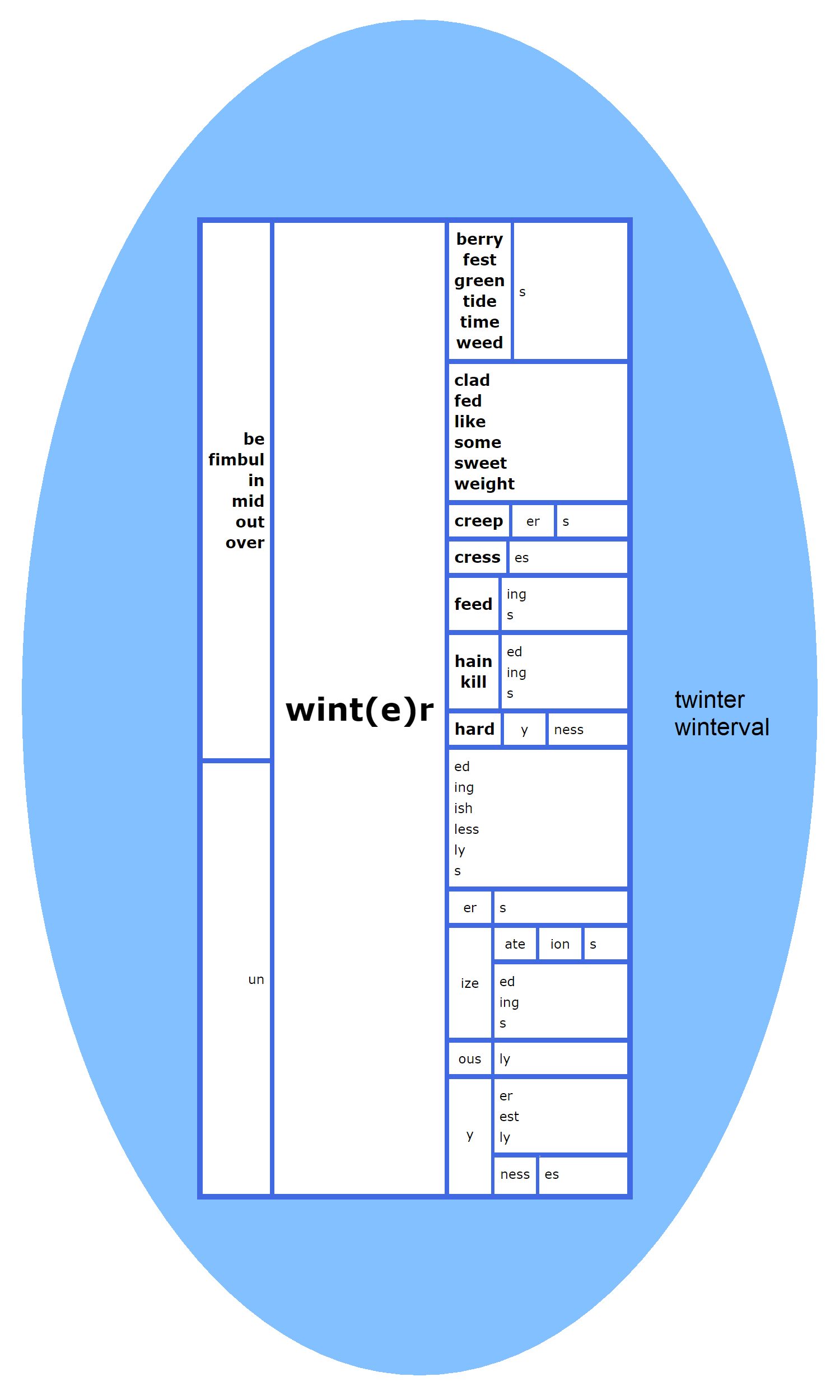 -ate: word-forming element used in forming nouns
be-: to make like
berry: (noun) small roundish juicy fruit without a stone
cress: (noun) plant of the cabbage family, typically having small white flowers and pungent leaves
clad: (verb) clothed
creep: (verb) move slowly and carefully in order to avoid being heard or noticed
-er: denoting a person or thing that performs a specified action or activity
feed: (verb) give food
fed: (verb) simple past and past participle of feed
fest: (noun) party or celebration, clip of festival
fimbul-: mighty, great
green: (noun) color between blue and yellow
hain: (verb) save, spare, or refrain from using
hard: (adjective) solid, firm, rigid, not easily broken
hardy: (adjective) robust
in-: towards, within, not out
-ion: denoting state, condition, or action
-ish: having the qualities or characteristics of, somewhat
-ize: word-forming element used to make verbs
kill: (verb) cause to die
-less: not having, free from
-like: similar to, characteristic of
-ly: denoting manner or degree
mid-: middle of, half
-ness: denoting a state or condition
-ous: characterized by, of the nature of [from Anglo-Norman French, or Old French -eus, from Latin -osus]
out-: away from, not in
over-: upper, outer, above, extra, excessively
some: (noun) cereal, crop, sorghum
sweet: (adjective) having the taste of sugar
tide: (noun) time
time: (noun) progression into the future with the passing of present events into the past
un-: denoting the absence of a quality or state, not, denoting reversal, a lack of
weed: (noun) wild plant growing where it is not wanted and in competition with cultivated plants
weight: (noun) heaviness
-y: full of, having the quality of