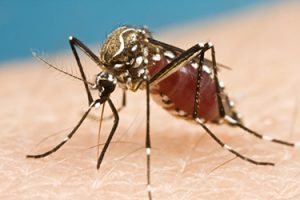 States Dr. Margaret Honein, chief of the birth defects branch at the Centers for Disease Control and Prevention (CDC) and one of the authors of the report, “It’s somewhat reassuring that it looks like third-trimester infections aren’t posing a major risk of that very serious outcome.”

More alarmingly, the Zika virus can cause a birth defect called microcephaly. Microcephaly is a birth defect in which the head of a baby is smaller than expected when compared to babies of the same sex and age. Affected babies often have smaller brains that might properly not developed properly during pregnancy or have stopped growing after birth. Microcephaly has been linked with other problems including seizures, developmental delay, intellectual disability, movement and balance problems, feeding problems, hearing loss, and vision problems. Infection with the virus during pregnancy can also cause miscarriage, fetal death, and stillbirth.

As explained by the new report, the country of Colombia began official surveillance for Zika virus disease in August 2015 and declared an outbreak in October 2015. By April 2, 2016, 65,726 total cases had been reported with a total of 11,944 pregnant women infected. Among a subgroup of 1,850 pregnant women, more than 90% of the women who were reportedly infected during the third trimester had given birth, and no infants with apparent birth defects including microcephaly had been identified. Monitoring the effects of Zika infection on pregnant women in Colombia is ongoing, but the preliminary findings indicate that infection during the third trimester does not appear to not cause serious developmental harm to the fetus.

However, infection later in pregnancy can still cause fetal death and stillbirth. Comments Dr. Karin Nielsen, professor of clinical pediatrics at the David Geffen School of Medicine at the University of California Los Angeles, “We saw problems with the fetus or the pregnancy at eight weeks, 22 weeks, 25 weeks, and we saw problems at 35 weeks. Even if the fetus isn’t affected the virus appears to damage the placenta, which can lead to fetal death.” For example, two babies died in utero just days before their due dates.

Adds Nielsen, “Any woman with Zika virus should be handled as a high-risk pregnancy.”

The CDC currently advises that pregnant women should avoid travel to areas in which mosquitoes are spreading the Zika virus. If a pregnant woman travels to or lives in an area with active Zika virus transmission, she should talk with her healthcare provider and strictly follow steps to prevent mosquito bites and to prevent sexual transmission of Zika virus. Because the Zika virus can be spread during sex by a man infected with Zika to his partners, couples with male partners who live in or travel to areas with Zika should use a condom every time they have sex or not have sex during the pregnancy. The CDC also advises women and their partners in areas with active Zika transmission to engage in pregnancy planning and counseling with their health care providers.

The findings of the Colombian study are still preliminary, and health officials have stated that research will need to continue for years to determine whether children without microcephaly have other developmental delays.

Dr. William Schaffner, an infectious disease expert at Vanderbilt University Medical Center, notes that the early findings on the reduced risk of harm of Zika infection during the third trimester appear promising but that the findings are far too preliminary to change current guidelines, adding “I’m looking for good news wherever I can find it. I have all my fingers crossed and I’m waiting for more information as it develops.”