Connect
To Top
ReviewsMay 7, 2016 This post may contain affiliate links 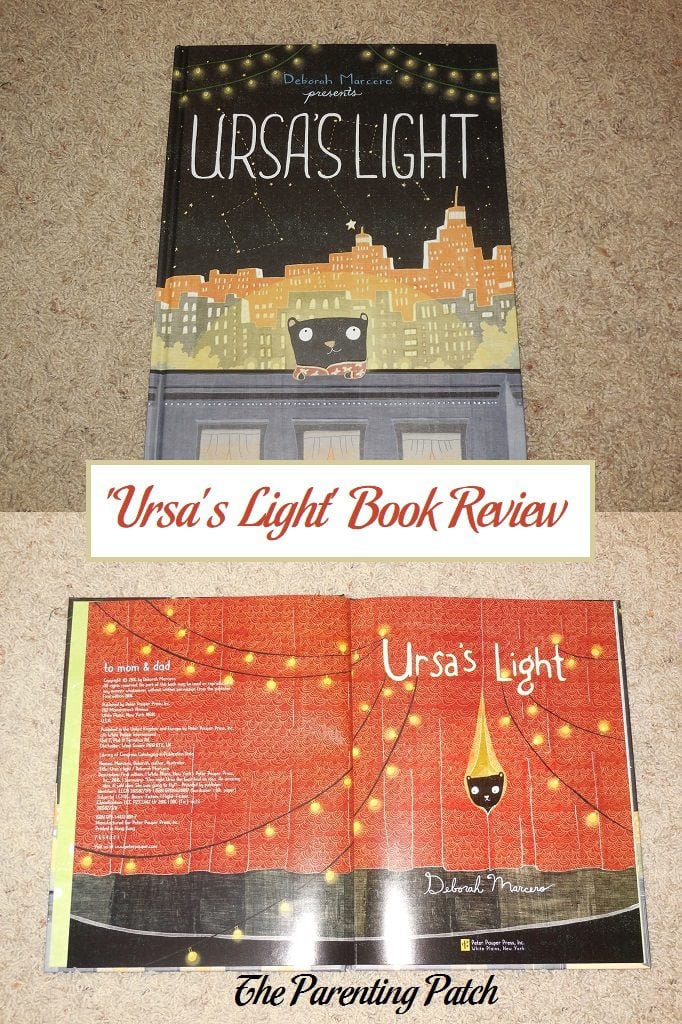 I love discovering new books to read with my children. I especially like picture books that I can read again and again to my daughter and son. As my daughter learns to read, she also enjoys sounding her way through her favorite titles. I frequently visit the local library and check out dozens of books each week, but I also have a large home library of books for my kiddos. Thus, when recently offered the chance to review Ursa’s Light written and illustrated by Deborah Marcero and published by Peter Pauper Press, I eagerly accepted the opportunity to fill my bookshelves a little more.

Author and illustrator Deborah Marcero received her BFA in drawing photography from the University of Michigan and her MFA in poetry from the School of the Art Institute of Chicago. She loves to draw, is write, doodle, color, cut paper and jot down things she notices in the world around her. She obsessed with making hand-drawn alphabets. Ursa’s Light is her debut picture book. You can follow her on Instagram and Twitter.

“There were ALL the bears. And then, there was Ursa,” begins Ursa’s Light written and illustrated by Deborah Marcero. Ursa is a city-dwelling bear who lives life to the max. When her classmates draw a simple still life of flowers, she creates a masterpiece. When her class studies the solar system, she dons a model with herself as the sun. The one night Ursa has a wild idea that sparks her imagination and invades her dreams. She is going to fly! Inspired by pigeons, dandelion seeds, and bats, Ursa strives to follow her dreams even after a few embarrassing failures. In the end, her light shines bright!

Recommended for readers between the ages of 4 and 8, Ursa’s Light is an inspirational book that will spark the dreams and imaginations of young readers. The text is simple enough for the youngest readers without sound overly repetitive or boring. I have read the story aloud to my toddler and preschooler many times already, and I have yet to tire of the text. My daughter, who is four years old and reading independently already, was able to read most of the words without a lot of help. I definitely recommend this book to early readers as well as for parents to read aloud to younger children.

I especially love the message in Ursa’s Light. Ursa lives life to the fullest and strives to succeed at her dreams, no matter how wild. Even after her parents and friends tell her that bears cannot fly, Ursa keeps trying. In the end, her perseverance shines through and she finds success — even if not in the way that she expected. Kids of all ages can learn from Ursa. This story is a positive and empowering read for all children. 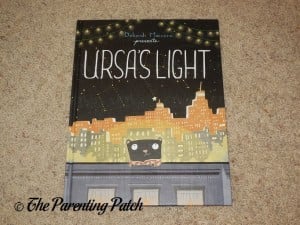 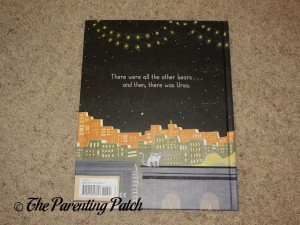 I absolutely love the illustrations in Ursa’s Light! Ursa lives in the city, and, when I first started reading the book, I felt like the illustrations reflected New York City. I was thus pleasantly surprised at the mention of Central Park near the end of the story. My family and I spent last fall and winter in the New York, and I absolutely fell in love with the city. I love that Marcero subtly and eloquently captured the feeling of New York City in her illustrations. While a well-known NYC landmark is explicitly named only once, the city illustrations still look and feel like the famous city. I miss NYC, so reading Ursa’s Light made me smile as soon as I realized where the story takes place and makes me happy every time I peruse the pages. 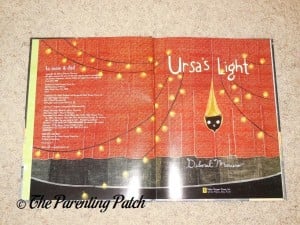 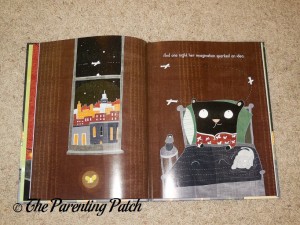 I love the color palette that Marcero chose for Ursa’s Light. The urban setting and somber palette of grays, orange-reds, and olives counterbalance the more cloying moments of the story. I really love the earthy tones used to represent the bustling city. I additionally like the night scenes that draw a parallel between Ursa and the constellation that bears her name. My preschooler daughter thinks that the illustrations are pretty, gorgeous, and kind of silly. My toddler son loves pointing out his favorite parts of the pictures such as birds and airplanes. Both my kids and I rate the illustrations in Ursa’s Light extremely highly.

As published by Peter Pauper Press, the hardcover version of Ursa’s Light with dust jacket currently sells for $14 on Amazon. The book measures 8.75 inches wide by 11.25 inches tall. At 32 pages of full color illustrations, the book is comparably priced to other children’s books of similar length. I would definitely pay the current price for Ursa’s Light. 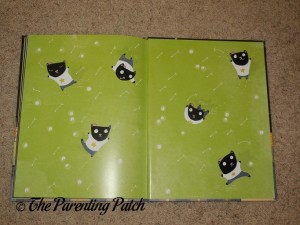 If you are searching for a sweet book with an empowering message, I highly recommend Ursa’s Light written and illustrated by Deborah Marcero. Ursa is a city-dwelling bear who lives life to the max and one night has a wild idea. She strives to follow her dream even after a few setbacks. In the end, her light shines bright! Recommended for readers between the ages of 4 and 8, this inspirational book is fun for kids and adults alike to read. My four-year-old daughter can already read most of the words herself. I also love the illustrations and adore that the story takes place in New York City. My kids and I give Ursa’s Light six enthusiastic thumbs up!