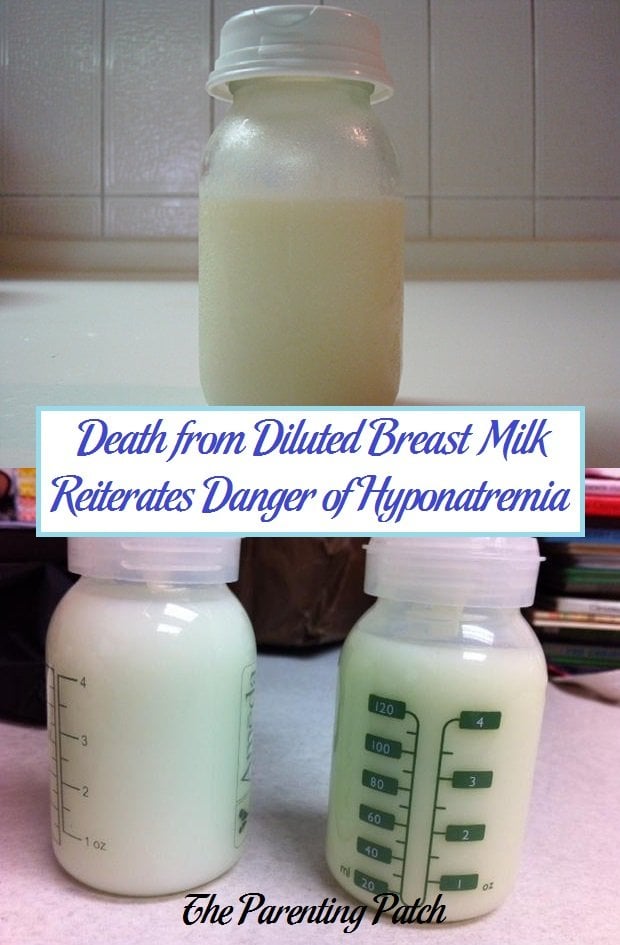 Parents Lauren Fristid and Herbert Landrell sadly learned the hard way that the poison is in the dose after their 10-month-old daughter Niveah died of hyponatremia, or water intoxication. The mother believed that she was not producing enough breast milk, so the couple began diluting the milk with water. The infant ultimately lost nearly 20 percent of her body weight and starved to death as a result of the diluted breast milk. While the couple currently faces murder charges after failing to seek medical help for the baby despite the visible symptoms of water intoxication, the case draws attention to the dangers of giving a young baby extra water.

More commonly referred to as water intoxication, hyponatremia occurs when an intake of too much water dilutes the levels of salt, or sodium, in the blood. Low sodium levels cause nearby cells to swell, which is generally not a problem except in the case of the brain cells. Because the skull encloses the brain, the swelling cells have no additional room to swell. Swelling in the brain can therefore lead to seizures, permanent brain damage, and even death. Common symptoms of hyponatremia include confusion, convulsions, fatigue, headache, irritability, loss of appetite, muscle spasms or cramps, muscle weakness, nausea, restlessness, and vomiting.

Infants under the age of 1 are at highest risk for water intoxication because their small sizes and limited diets make replenishing sodium levels more difficult. Babies who are younger than twelve months old never need additional water to remain hydrated. Breast milk or formula is all than an infant needs. Never dilute breast milk or formula with extra water. Parents who choose formula should follow the directions precisely to prepare the formula properly and safely.

The sad story of Niveah illustrates the real danger of giving a young baby too much water. While other issues including a refusal to seek medical attention contributed to the death of this little girl, she ultimately died from water intoxication. (The father also stated an evil spirit had attacked his daughter and that he thought prayer alone could save her.) Rarely do babies who are breastfed or fed properly prepared formula need additional water. And, worst case scenario, giving an infant extra water can lead to a tragic and preventable end.

Additional, some media sources also report that the couple claimed they could not afford formula when the mother suspected that her breast milk supply was inadequate. For lower income families who need supplementation, programs like WIC distribute formula for free to families in need. My children and I have all been on WIC in the recent past, and, while I exclusively breastfed my son, I can say that applying for benefits from the program is incredibly easy. But, again, the key to preventing hyponatremia among infants is to prepare breast milk or formula properly — which means never adding extra water.

The death of 10-month-old Niveah is tragic. Hopefully her story will prevent any future deaths from water intoxication among other babies.

Hyponatramia: http://www.nlm.nih.gov/medlineplus/ency/article/000394.htm
Parents on Trial for Murder of Infant Daughter Who Died of ‘Water Intoxication’ After They Refused to Take Her to a Doctor: http://www.dailymail.co.uk/news/article-3081412/Parents-trial-murder-refusing-infant-daughter-doctor-dies-water-intoxication.html
They Couldn’t Afford Formula So They Added Water to Breast Milk Not Knowing What It Was Really Doing: http://www.liftbump.com/2015/05/59784-parents-fed-their-newborn-milk-mixed-with-water-now-theyre-on-trial-for-murder/