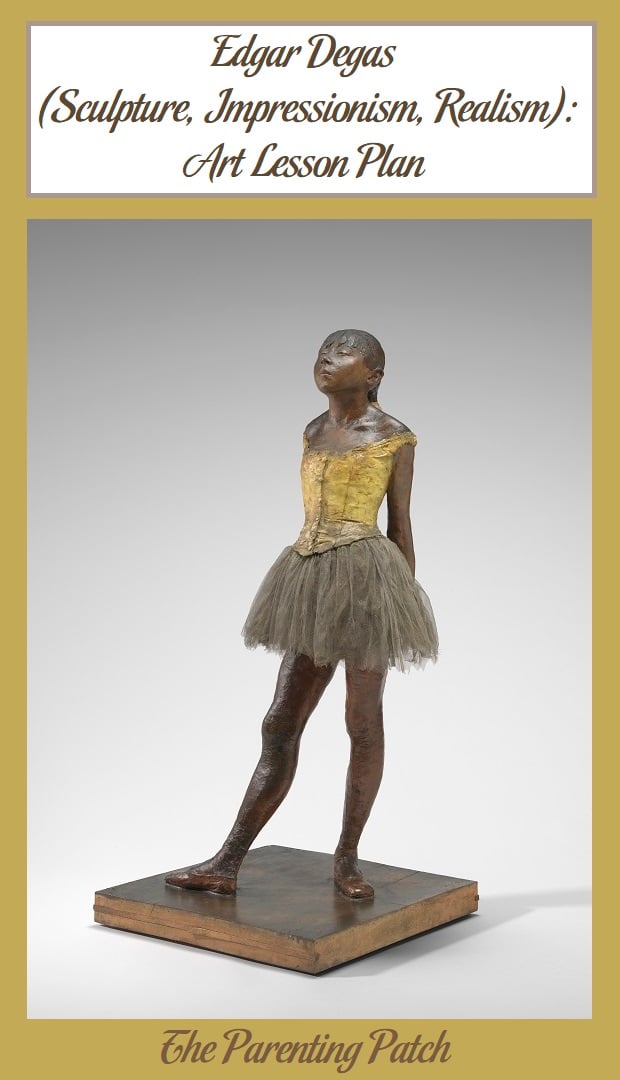 Edgar Degas (July 19, 1834 to September 27, 1917, age 83) was a French painter and sculptor. He lived in Paris and attended as many ballet performances as possible. He also attended small ballet classes, admiring the dedication of the ballet dancers, who practiced the same moves over and over again. More than half of his works depict dancers, typically within routine motions such as rehearsing, stretching, and resting.

Degas is usually classified as one of the founders of Impressionism. Originating among Paris-based artists during the 1870s and 1880s, Impressionism is characterized by relatively small, thin, yet visible brush strokes and a concern with the shifting effect of light and color. Impressionist works include ordinary subject matter and movement. The painting Four Dancers is an example of a work by Degas in the Impressionist style. Is the painting of four dancers or one dancer in four positions? 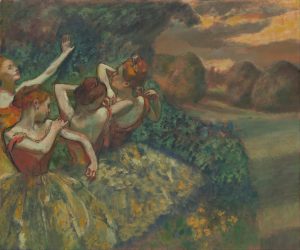 Degas rejected the term Impressionism and referred to himself as a Realist. In fact, Degas continually belittled the Impressionist practice of painting en plein air, or painting outdoors. Realism or naturalism attempts to represent subject matter truthfully while avoiding stylization. Degas created approximately 150 wax and clay sculptures before his death. However, the only sculpture that he ever displayed publicly was Little Dancer Aged Fourteen. The sculpture stood almost life-size and was made of clay and wax. The sculpture was so realist that people debated whether it belonged in an art museum or science museum.

Many of Degas’ sculptures show dancers in the middle of movements. With a partner, explore various poses. What does each part of the body look like mid-pose? Then use playdough or clay to sculpt your favorite pose? Can you capture the motion before and after the pose?

Edgar Degas at The Art Story