My toddler daughter is a fan of homemade baby food. When I introduced her to solids at six months old, I introduced her to homemade sweet potatoes. Since then, I have continued to lovingly prepare her a variety of purees and mashes. (Now that she is older, I make mashes that encourage her to chew. When she was younger, I made thinner purees.) One of baby foods that I made at the end of the summer was Swiss chard and kale from my garden mixed with blueberries from the local farmers market. I also added some ground chia seeds and oatmeal the thicken the mixture up and add some extra fiber and nutrients. 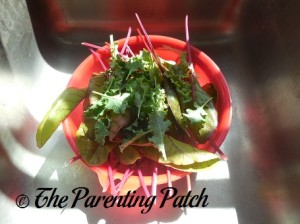 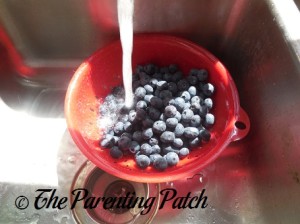 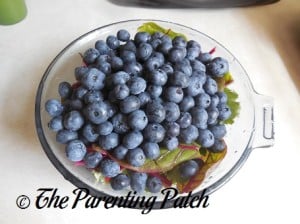 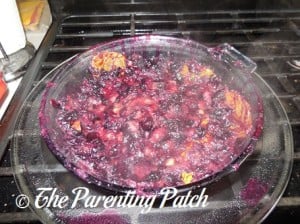 To make my homemade Swiss chard, kale, and blueberries with chia seeds and oatmeal baby food, I started by washing the leafy greens and blueberries. I then placed the greens and berries in a microwave safe bowl with a little extra water for cooking. I then microwaved the bowl for five minutes. (My bowl was not big enough so the liquid boiled over inside my microwave.) 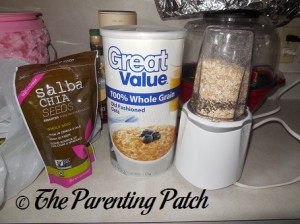 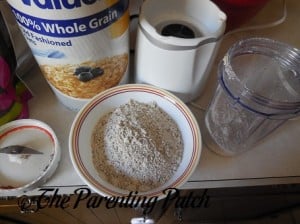 While allowing the cooked mix to cool for a little bit, I added some chia seeds and oatmeal to my baby food processor. I ground up the mixture into flour. I then added the cooked blueberries, Swiss chard, and Kale to the flour mixture and blended the entire concoction together. (For younger babies, add more water or less oat flour to make a thinner puree.) Next I spooned the baby food into ice cube trays for easier freezing. Once the baby food was frozen, I moved the cubes into freezer safe bags for easier storage. As my daughter needs food, I pop a few cubes into the refrigerator to thaw. 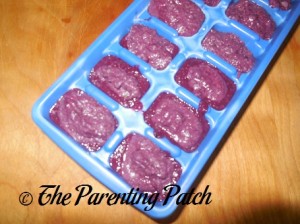 Do you make your own baby food? What combinations have you tried?