Connect
To Top
BlogMarch 25, 2016 This post may contain affiliate links 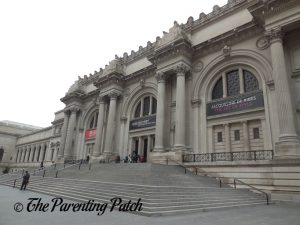 Back in February during our time in the New York City area, my kids and I spent an afternoon at the Metropolitan Museum of Art in Manhattan. Colloquially referred to as the Met, the Metropolitan Museum of Art is the largest art museum in the United States and one of the most visited art museums in the world. The main building is located on the eastern edge of Central Park. A much smaller second location is located at The Cloisters at Fort Tryon Park in Upper Manhattan. My kids and I visited the main location. Admission is pay-what-you-wish with a recommendation of $25.

The Metropolitan Museum of Art was founded in 1870 by businessmen, financiers, and artists who wanted to open a museum to bring art and art education to the American people. The museum opened on February 20, 1872. Collections include works of art from classical antiquity and ancient Egypt; paintings and sculptures from nearly all the European masters; an extensive collection of American and modern art; and extensive holdings of African, Asian, Oceanian, Byzantine, and Islamic art. The museum is also home to collections of musical instruments, costumes and accessories, antique weapons and armor from around the world, and several notable interiors ranging from first-century Rome through modern American design. 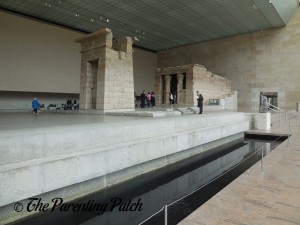 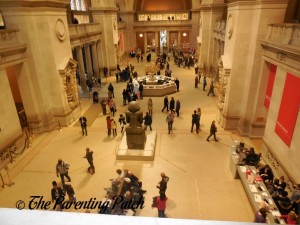 My kids and I started our afternoon at the Met by exploring the Egyptian Art galleries. My daughter thought that the mummies were especially interesting. We then wandered through the American Art galleries for a while before stopping for a quick lunch in the American Art Café. Both my kids enjoy looking at the statues next to the café and looking out the large windows into Central Park. After lunch, we headed back out into the galleries on the first floor and then wandered up to the second floor.

Of all the collections and galleries throughout the Met, I enjoyed the Modern and Contemporary Art the best. I personally like modern art more than other genres. However, my favorite painting in the entire museum was Washington Crossing the Delaware by German American artist Emanuel Gottlieb Leutze. I had no idea that the famous painting was so large! Both my kids also liked the huge work of art. My son kept pointing up at the painting, saying, “Look at that!” 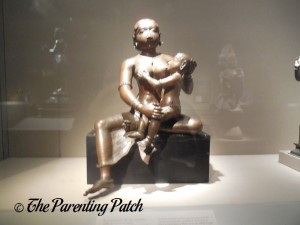 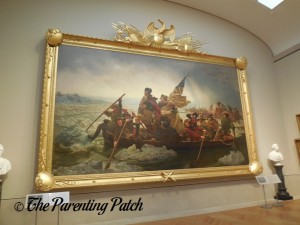 While I am glad that I took my kids to the Metropolitan Museum of Art for the afternoon, I was a bit disappointed in the layout of the museum. Unlike other art museums that I have visited, the Met did not have a single path through the galleries. Most rooms had multiple doors. My kids and I ended up seeing a few rooms more than once, and I am sure that we missed some of the galleries and rooms. If I were in charge of the museum, I would block off some doorways to make a single route through each collection so that visitors would not miss any of the art. However, despite the confusing layout of the museum, visiting the Metropolitan Museum of Art with my kids was still worthwhile, and I definitely recommend checking out the Met if you are ever in the Manhattan area of New York City.

For more information, visit the Metropolitan Museum of Art website.