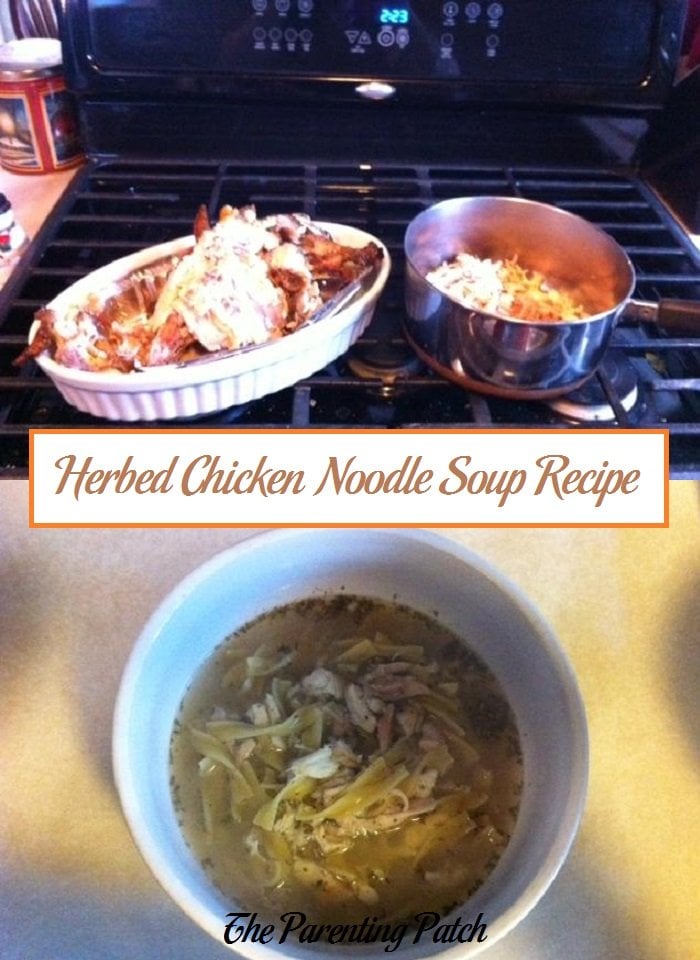 The other day my husband brought home a rotisserie chicken for dinner from Fresh Market. Because only two of us eat solid foods at the moment, we ended up with half of the chicken leftover. So as to not waste the rest of the chicken, I decided to make a yummy herbed chicken noodle soup with the leftovers. Using up leftovers in new recipes is great way to be frugal in the kitchen.

To make the herbed chicken noodle soup, I began by tearing apart the leftover chicken into small pieces. I threw the chicken into a medium sauce pan. I then added rosemary, thyme, sage,salt, and pepper to the chicken. I poured two cans of chicken broth into the pan and then heated the soup to a boil. Finally I added some egg noodles to the pan. The soup turned out very yummy, and I used up some leftover chicken! 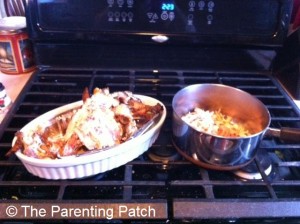 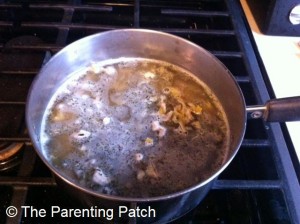