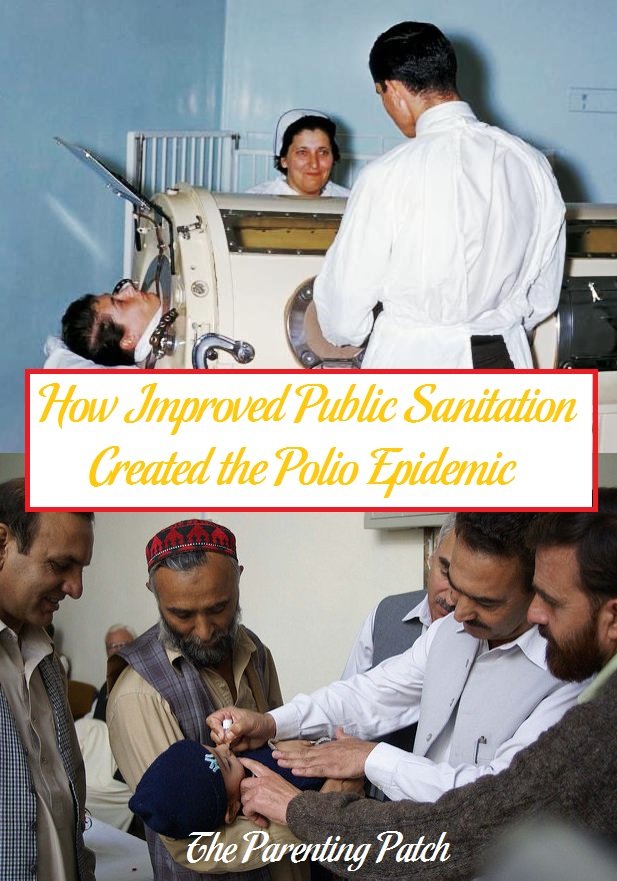 “Better sanitation, not vaccines, eradicated disease” is a favorite, although enormously erroneous, argument against vaccination used by the anti-vaccine community. As with most anti-vax explanations, the argument is glaringly wrong. The World Health Organization (WHO) declared smallpox eradicated following a global immunization campaign that ultimately began after Edward Jenner introduced the first successful smallpox vaccine in 1796. Smallpox required 184 years from creation of the vaccine until eradication. Better sanitation had nothing to do with the elimination of the infectious disease from the world. The story is the same for other vaccine-preventable illnesses such as measles, chickenpox, and mumps. When vaccines rates increase, disease rates decrease. When vaccine rates decrease, disease rates increase. Worsening sanitation had nothing to do with recent measles outbreaks in the United States, especially in affluent areas.

And then comes the real kicker to the “better sanitation eradicated disease” argument: polio. Caused by the poliovirus, poliomyelitis (polio) is a crippling and potentially deadly infectious disease. Very contagious and spread through person-to-person contact, poliovirus infection manifests as flu-like symptoms in 1 out of 4 individuals infected with the virus. Although about 72 out of 100 infected individuals will not experience any visible symptoms, a small percentage will experience other more serious symptoms that affect the brain and spinal cord including paresthesia, meningitis, and paralysis. The paralysis caused by poliovirus infection is the most serious complication because between 2 and 10 out of 100 infected individuals experiencing paralysis will die because the virus affects the muscles aid in breathing. The disease can also affect survivors with the development of new muscle pain, weakness, or paralysis 15 to 40 years later after recovering, a complication referred to as post-polio syndrome.

References to polio date back as far as Ancient Egypt and Ancient Rome. British physician Michael Underwood provided the first clinical description of poliomyelitis in 1789. Localized polio outbreaks occurred in the United States as early as the middle of the nineteenth century with localized epidemics occurring in Europe and the United States around 1900. However, major polio epidemics were unknown before the twentieth century. Earlier outbreaks affected a couple thousand individuals. By the early 1900s, tens of thousands of cases were recorded with thousands of deaths each year. What caused the sharp increase in poliovirus infections?

Prior to the twentieth century, most polio infections occurred in children between the ages of 6 months and 4 years. Young children infected with the virus typically experience only mild symptoms and then gain permanent immunity to the disease after recovery. Symptoms are often mistaken as a simple cold. Poliovirus most often spreads through contact with the feces of an infected individual. The virus can live in the feces of an infected person for many weeks. Poliovirus can also contaminate food and water in unsanitary conditions. Before the improvements to public sanitation began in the late 1900s, most children were exposed to the virus during the first few years of life. In fact, the disease was often referred to as infantile paralysis because most sufferers were young children under the age of 4. However, in children, only 1 in 1000 individuals experience paralysis compared to 1 in 75 in adults.

Then came better sanitation including improved sewage disposal and clean water supplies in places such as the United States and Europe. Without contact with contaminated food, water, and dirt, children missed the opportunity to contract the illness at a young age and develop lifelong immunity to polio. As a result of the lack of early exposure due to better sanitation, polio infection was more likely to occur during later childhood and adulthood, at which time the disease was more likely to take the paralytic form.

To further point the finger at improved sanitation for the proliferation of the poliovirus during the twentieth century, the disease disproportionately affected white, wealthy families. Prior to cleaning up the public water supply, almost all children were exposed to the virus through feces-contaminated water. Affluent families — that is, white families — were the first to gain access to clean water supplies. One myth from the middle of the twentieth century was that black people did not get polio. The likely explanation is that, in the racially divided United States, black people were still drinking contaminated water while white people had access to clean water supplies thanks to improved sanitation in more affluent areas.

Before improvements to public sanitation in the late nineteenth and early twentieth centuries, almost everyone become infected with poliovirus during early childhood. Infection most often occurred between 6 months and 4 years of age. However, symptoms were usually mild, resembling the common cold, because babies acquired passive immunity from their mothers while in utero. Then came improved sewage disposal and clean water supplies, meaning children were no longer exposed to the virus at any early age. Mothers who were not infected as children could not pass on any protective immunity to their children. As a result, the mild poliovirus infection of early childhood decreased. The disease began to affect older children and adults who had not developed immunity as young children. By the peak of the polio epidemic in the United States, the age of infection increased from infancy to between the ages of 5 and 9 with one-third of cases occurring in adolescents and adults over the age of 15. In the peak year of 1952, the United States saw 57,628 cases reported, with 3,145 infected individuals dying and 21,269 left with mild to disabling paralysis.

Aside from returning to pre-modern sanitation standards and exposing infants and young children to fecal contaminated water, the best way to prevent poliovirus infection is with the polio vaccine. The first vaccine was developed by Jonas Salk in the 1950s. The Salk vaccine, or inactivated poliovirus vaccine (IPV), is an inactivated vaccine that consists of an injected dose of dead poliovirus. After mass immunizations promoted by the March of Dimes began in 1957, the number of polio cases decreased from 58,000 cases to 5,600 cases each year. Albert Sabin developed a second polio vaccine in the late 1950s. The Sabin vaccine, or oral polio vaccine (OPV), is an attenuated vaccine that consists of an oral dose of weakened poliovirus. Following a second mass vaccination program, poliovirus infection decreased to only 161 recorded cases in 1961 in the United States. Polio now continues to circulate in only three countries: Afghanistan, Pakistan, and Nigeria. Hopefully continued vaccination efforts will eradicate the disease from the world before the end of the twenty-first century.

Better sanitation is responsible for improved health throughout the world. While cholera and typhoid — two contagious diseases spread through contaminated food and water — remain global threats to public health, both illnesses are virtually nonexistent in the United States due to the affluence that allows for modern day sanitation systems. Other hygiene measures such as proper and frequent handwashing also help limit the spread of communicable disease. However, better sanitation alone cannot eradicate disease. In the case of polio, improved sewage disposal and clean water supplies created the polio epidemic that ravished the United States in the early to mid-twentieth century. Only after the introduction of the polio vaccine and widespread vaccination programs did infection with the poliovirus decrease. Polio has been eradicated from the United States since the 1980s, not because of improvements to public sanitation, but because of two highly effective polio vaccines.